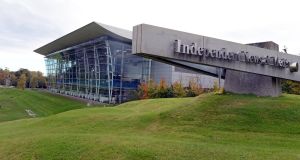 INM has called a meeting of its shareholders on June 26th for a series of votes on the Mediahuis deal. Photograph: Eric Luke

Mediahuis, the Belgian group that has agreed a €145.6 million deal to buy Independent News & Media (INM), has flagged that it will continue making cuts at the Irish publisher’s print operation to keep it profitable.

It made the comments in a letter to INM investors, which was included in a series of documents released ahead of meetings later this month at which INM will seek shareholder approval for the deal.

“Mediahuis intends to continue INM’s policy of managing [its] fixed cost base with a view to INM remaining profitable, combined with investments aimed at growing the ... business,” Thomas Leysen, the Mediahuis chairman, wrote.

“The gradual transformation of the news business from print to digital will require choices. Making the print operations more efficient will make room for the necessary digital acceleration. This strategy could result in a redeployment of INM’s fixed assets ... and headcount reductions in specific functions. ”

INM chairman Murdoch MacLennan told investors: “The board welcomes Mediahuis’s commitments to managing INM’s fixed cost base to ensure the long-term profitability of the business, although they understand that, absent undertaking a review of the cost base, at this stage Mediahuis is unable to make definitive statements regarding the ... requirement for headcount reductions.”

Mediahuis last month agreed a deal to take over INM using a High Court sanctioned scheme of arrangement. It is in a strong position to gain majority support for the transaction, having snapped up almost 30 per cent of its shares and received undertakings to sell from businessmen Denis O’Brien and Dermot Desmond, who have just over 19 per cent between them.

INM has called a meeting of its shareholders in the Carlton Hotel at Dublin Airport on June 26th for a series of votes on the deal.

It is estimated that court sanction will be sought in the autumn, with the deal set to close before the end of the year.

In the scheme documents posted to shareholders on Tuesday, INM said it received other approaches for the business since news emerged in April that it was looking to sell but it ultimately plumped for Mediahuis.

The Belgian group, which has revenues of almost €820 million in its home state and the Netherlands, will finance the deal using a five-year €150 million loan facility from Belgian banking group ING.

Mediahuis will be due a payment of up to €1.45 million if INM withdraws from the transaction or switches to another bidder. However, the documents released on Tuesday include a series of legal undertakings from INM’s directors to vote for the Mediahuis deal, which ultimately needs Government approval.

“The INM board is pleased that Mediahuis intends to invest further in INM’s brands, in growing the business and in significantly enhancing INM’s operational and digital capabilities,” said the Irish group.