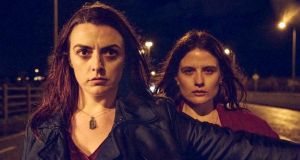 Screen Ireland will sponsor a sold-out international networking event for female talent at the Cannes Film Festival in France on Monday. The event is one of a series of initiatives to improve gender balance in its funding decisions.

Women from both the business and creative sides of the industry will meet at the festival’s Irish pavilion for the event spearheaded by Women and Hollywood, an organisation that campaigns for greater diversity and inclusion in the global film industry.

Women and Hollywood was founded by US equality advocate Melissa Silverstein, who champions female film and television writers, directors and producers, and highlights where industry sexism means their work is not recognised.

The scheme was extended from three projects to four due to the strength of the entries, said James Hickey, outgoing chief executive of Screen Ireland / Fís Éireann. “We look forward to working with each team to bring these films through production and onto the big screen.”

Mr Hickey will be succeeded from August by former Warner Bros marketing executive Désirée Finnegan, while the agency is chaired by Annie Doona, who is president of the Dún Laoghaire Institute of Art Design and Technology (IADT).

Dr Doona and Mr Hickey oversaw the launch of a six-point gender action plan in 2015 designed to deliver a more equitable split of public funding between male and female creative talent, with parity as the ultimate target.

Eight film festivals based in Ireland last week signed up to the 50-50 by 2020 gender parity and inclusion pledge, an international campaign launched at Cannes in 2018. Under this pledge, the festivals’ record on gender balance next year will be monitored by the group Women in Film & Television Ireland.

It is hoped that the Irish-Belgian-Danish co-production, screened as part of the prestigious international critics’ week and also the focus of a Screen Ireland co-production showcase on Sunday, will pick up sales deals in Cannes this week at its marketplace, or Marché du Film.

Separately, two films that received funding from Screen Ireland (previously the Irish Film Board) are being marketed at Cannes by their UK co-production partners: Calm With Horses, adapted from Colin Barrett’s short stories, and Wildfire, the debut feature of Irish television and short film director Cathy Brady.