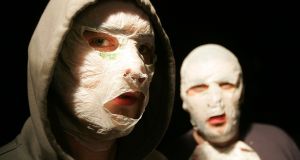 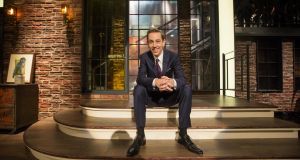 The broadcasting regulator has rejected 11 complaints about an item on RTÉ’s the Late Late Show in which Blindboy Boatclub from comedy duo Rubberbandits described communion wafer as “haunted bread”.

In a 90-page report on the matter, the Broadcasting Authority of Ireland’s compliance committee rejected the complaints on a majority rather than unanimous basis.

The “haunted bread” remark attracted media attention earlier in 2017 when a Co Kerry priest, Fr Kevin McNamara, said this description of the sacrament of the Eucharist was “blasphemous”.

Fr McNamara said the Late Late Show panel discussion broadcast on January 6th was exceptionally anti-Catholic as the Eucharist and the real presence of Jesus Christ in the wafer is central to Catholic belief.

RTÉ received 1,352 formal complaints. Bulk deliveries of individually signed copies of a form letter accounted for the majority, it said.

Fr McNamara and a further ten people later submitted a complaint to the regulator.

The main objection was that Blindboy Boatclub, real name Dave Chambers, said the wafer was “haunted bread - the ghost of a two thousand-year-old carpenter” and that Late Late Show presenter Ryan Tubridy had described this as a great expression.

Some complainants also referenced remarks by another panellist, writer Stefanie Preissner, who recalled that when she was a child the description of the Eucharist as the body and blood of Christ had conjured up images of cannibalism.

The committee ruled that the panel discussion as a whole did not breach the regulator’s code of programme standards.

It said Mr Chambers’ comments were “an expression of his own views rather than a comment on the views of others”.

It also noted that on discovering that the third panellist, writer Michael Harding, was a former priest, Mr Chambers had said “sorry about the haunted bread stuff”, and that Mr Harding had described the phrase as “the language of a poet”.

However, the committee said it believed Tubridy had “misjudged the offence likely to have been caused by the use of the term “haunted bread” and that his comments had “compounded the offence caused to the complainant”.

It said it did not believe the comments by Mr Chambers or Mr Tubridy’s contributions “crossed a line that undue offence was caused to the audience as a whole”, but that the degree of offence might have been minimised “if the presenter had demonstrated greater sensitivity”.

In its response to the complaint last February, RTÉ accepted that the phrase “haunted bread” was “certainly provocative” and that Mr Chambers had used it to get a reaction, in keeping with the spirit of the Rubberbandits.

Executive producer Larry Masterson said RTÉ accepted it had caused offence to some viewers and had been seen by some as disrespectful or mocking, and for that RTÉ apologised.

But RTÉ said it did not believe the description “haunted bread” was sacrilegious. It said it was a “linguistic phrase” that Mr Chambers used to encapsulate the Holy Ghost and Holy Communion and to show his difficulty, and that of others, with the Catholic concept of transubstantiation.

RTÉ said this was further supported by Ms Preissner’s assertion that as a child she was conflicted about eating the literal “Body of Christ”.

The broadcaster also drew attention to the fact that the discussion began at 11.20pm, significantly after the television “watershed” that marks the transition to purely adult viewing.

The Late Late Show has stimulated thought and discussion for more than 50 years, RTÉ said, and this item on religious practice and rising secularism would have met the expectations of the wider audience.