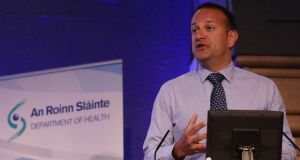 Pensioners are in line for an increase in the budget, according to Taoiseach Leo Varadkar. Several Sunday papers report that the Taoiseach is also looking at tax cuts for “middle Ireland” and more cash for investment in infrastructure.

Mr Varadkar said the Government had pledged to increase the State pension ahead of inflation every year as part of the Programme for Government and that remains the intention.

Dublin is in line for more high-rise development, at least between the canals, according to the Sunday Business Post, which reports that Minister for Housing Eoghan Murphy is investigating what is needed to allow higher density, high rise building in the capital. The paper also reports that the Government is also looking at taking a greater role in the direct provision of social housing.

Relations between Aer Lingus and the DAA are souring further, as the airline sues the owner of Dublin Airport for “substantial compensation” over losses arising from a breakdown of the airport’s baggage system, the Sunday Times reports. The problems last month were caused by a systems’ upgrade and resulted in Aer Lingus staff having to process bags manually.

Kildare Village outlet centre is set for expansion, according to the Sunday Independent, with owner Value Retail having submitted plans for a €50 million project that would add 29 stores and two restaurants to the venture. That would bring the number of stores at the site to 130 and comes just a couple of years after a second phase expansion of the retail centre.

Plans for a major redundancy programme at RTÉ also feature in the Sunday Independent, with the paper suggesting the Department of Public Expenditure and Reform is concerned that the terms of any “voluntary parting” might be too generous. RTÉ argues that the scheme needs to be generous in order to encourage longer serving and better paid staff to consider it.

New healthcare company Action Health Enterprises is looking to create a 25-strong portfolio of primary healthcare centres in Ireland as part of a €250 million investment, the Sunday Times reports. The company and its property partner, Marlet – both backed by investment manager M&G – are taking over some centres from the HSE and refinancing others as well as developing some centres on their own under a deal signed with the HSE.