Blending of lifestyle and reality content to strengthen hand with distributors 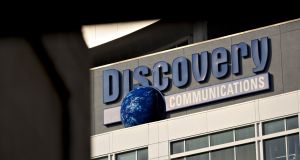 The cable giant behind the Discovery Channel has snapped up Food Network owner Scripps Networks Interactive in a major deal worth $14.6 billion (€12.4 billion).

Discovery Communications said the combined company will account for nearly 20 per cent of the ad-supported TV viewership in the US, bringing together popular TV channels including the Discovery Channel, TLC and Animal Planet, with Scripp’s HGTV, Food Network and Travel Channel.

The two TV giants have agreed to a stock and cash transaction deal worth $90 per share, representing a 34 per cent premium on Scripps’ closing share price on July 18.

The companies hope to close the deal by the end of 2018, but will require approval from regulators and both Discovery and Scripps shareholders.

“We believe that by coming together with Scripps, we will create a stronger, more flexible and more dynamic media company with a global content engine that can be fully optimised and monetised across our combined networks, products and services in every country around the world.”

Discovery said it sees opportunities to strengthen its female viewership through the deal, particularly through the inclusion of Scripps’ Food Network and HGTV.

It also highlighted the broadened international reach, combining Scripps’ strength in countries like the UK and Poland, with “growth areas” like Discovery’s Home and Health network in Latin America.

The combined company is also expected to deliver $350 million worth of cost savings.

News of the deal was released with Discovery Communications’ second quarter results, which showed a 2 per cent rise in revenue to $1.7 billion , as growth from both its US and international TV networks help offset a 4 per cent decline in its division accounting for education and other business ventures.