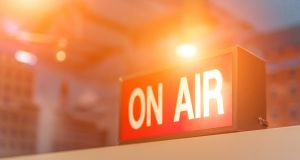 The Irish Post has acquired the digital and intellectual property assets of the defunct Irish TV from the liquidator and is not ruling out a relaunch for a television channel with that name.

The London-based newspaper, which aims to be “the voice of the Irish in Britain”, is buying the business name, databases, website domains, social media and video content library of the liquidated television channel in a six-figure transaction agreed with Michael McAteer of Grant Thornton.

The newspaper said it wished “to establish a physical presence” in the west of Ireland.

“At a time when British-Irish relations, both economic and community, are to the fore, we are pleased to now have agreed the terms of this transaction, which subject to the relevant merger approvals, will give us a foothold in Ireland.”

The deal is subject to the approval of the Competition and Consumer Protection Commission and the Minister for Communications, Denis Naughten.

Irish TV was until late 2015 based in Westport, Co Mayo. The channel had been bankrolled by London multimillionaire John Griffin, who made his fortune selling minicab company Addison Lee in 2013.

The Irish Post, owned by Corkman Elgin Loane since 2011, said the purchase was in keeping with the title’s own moves into digital and a media environment in which video journalism was becoming more prevalent.

“We see a strong future for Irish TV and indeed the Irish Post on small-screen platforms like Facebook and Instagram which can be successful away from the traditional large-screen broadcast networks. There is also the opportunity to supplement this by a return to Sky and other TV platforms.”

The newspaper, founded in 1970, said it was a believer in the Irish TV concept of “bringing local Irish stories to the global Irish diaspora audience”.