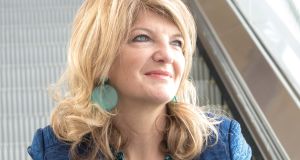 Nine out of 10 Irish advertising agencies are working on campaigns related to the Covid-19 pandemic, but about half say the shutdowns have made their planning for the future difficult or very difficult, according to the Institute of Advertising Practitioners in Ireland (IAPI).

Agencies TBWA, OMD and Core are among those involved in high-profile HSE and other public sector information campaigns.

The current crisis is “incomparable” to past knocks, according to IAPI chief executive Charley Stoney. Some creative and media agencies have had to cut employee pay and avail of the Government’s Covid-19 wage subsidy scheme, though “there is an emphasis on this being temporary”.

In the longer term, the upheaval may trigger “some consolidation” in a sector that directly employs 2,000 people.

The extent of the fallout will depend on the duration of the shutdown, the degree to which big corporate clients can bounce back in the fourth quarter and whether or not there are any Government measures to stimulate consumer spending or advertising investment, Ms Stoney said.

A survey of IAPI’s 60-plus members conducted late last week suggested that a surprising six in 10 agencies had won new client business in the past month, while nine in 10 were actively pitching.

But before coronavirus, market conditions had been strained for Irish creative agencies in particular, with 2020 already seeing the closure of one, Chemistry, which embarked on an orderly wind-down in January.

The immediate reaction to the crisis of many bread-and-butter clients – to cancel or defer campaigns that no longer made sense – will have exacerbated the squeeze for others.

“Spend is obviously down, let’s not beat about the bush,” said Ms Stoney, who has led the industry’s representative group since 2018. While some agencies are on a retainer fee, others are paid project by project and are more at risk of financial troubles.

“I think most agencies would be concerned about morale dipping as lockdown continues,” Ms Stoney said. Since mid-March, there has been a spike in the number of advertising professionals engaging with an IAPI mental health programme.

IAPI’s message is that agencies are not only open for business, but adept at remotely producing new campaigns, such as JWT Folk’s work with Vodafone on its collaboratively made Together ad, and TBWA Dublin’s domestic abuse awareness campaign for the Department of Justice and Equality, shot using FaceTime.

There are hopes that the shift to remote working will see Irish creative agencies faring better in their bid to win international business, on which their recovery might well hinge. The innovation demanded by the crisis may even improve the bonds between agencies and clients, Ms Stoney said.

“People slip into the mindset of treating agencies as suppliers. It can take hard times to build the relationship again.”

1 Brexit: System agreed for Irish goods to skip checks on UK trade
2 Why are markets booming when a crash is on the way?
3 AIB introduces ‘frightening’ mortgage rules and halts lending to Covid payment recipients
4 Rosslare Europort in line for €30m upgrade from Irish Rail
5 How to . . . move (almost) everything to your new phone
6 Citi Europe head sees Irish economy among fastest to bounce back
7 Ireland faces 'deep downturn' this year and may not rebound until 2024 if there is a second wave
8 Government accused of ‘not grasping’ urgency of situation facing Irish aviation
9 Collison brothers worth an estimated €2.9bn each
10 ‘The Clangers’ return to Earth’s TV screens
Real news has value SUBSCRIBE