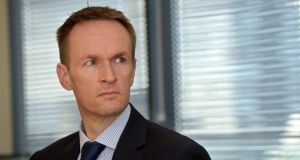 The report also reveals group chief executive Michael Doorly was paid €632,000 in his first full year in the role.

It shows too that the company has made provision of €9.8 million for libel. Group chairman Murdoch MacLennan said in his statement to shareholders that the State’s defamation regime was “outdated”.

Mr Preston, regarded as an ally of former chief executive Robert Pitt, agreed in December to leave INM “by mutual consent” at the end of January. He will receive a severance payment of €699,500 in addition to a payment of €23,000 “made on reaching agreement with regard to termination terms”, said the company.

“During this time, Ryan will continue to remain available to provide support to the business as it refocuses its existing finance model,” said the company.

A successor to Mr Preston has yet to be appointed, although Mr Doorly has signalled that there were internal and external candidates for the role.

INM’s remuneration committee has since decided to increase the range of possible incentive payments it may offer its two top executives to 75 per cent of annual salary for the chief executive and 60 per cent for the chief financial officer.

This is up from 60 per cent and 42 per cent respectively. These bonus payments are dependent on the executives’ performance meeting to a series of targets.

Current and former non-executive directors of the news group shared remuneration of almost €630,000 in 2018, a year in which its board had several changes in personnel. This was down from €674,600 in 2017.

Mr MacLennan, who became chairman in March 2018, was paid €145,400. The next highest payment was to independent director Len O’Hagan, who received €123,400. Mr O’Hagan sits on INM’s audit and risk committee, nomination and corporate governance committee and its remuneration committee.

Former chairman Leslie Buckley, who resigned in March 2018, received a fee of €26,700. Mr Buckley is an associate of Denis O’Brien, INM’s largest shareholder.