‘Generation Z’ comes of age, but spare a thought for inbetweeners 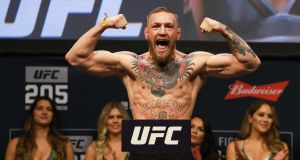 This is a bit awkward, but Millennials are getting on a bit. According to some definitions, the youngest ones turn 22 this year. And as everybody older and wiser knows, 22 is traditionally the age at which the mists of a quarter-life crisis first start to descend and pretty soon all waking hours are devoted to searching for a job that isn’t completely terrible, while wondering which faddish foodstuff can possibly make up for the cruelty of everybody you know.

It’s what Generation X-ers might call a St Elmo’s Fire moment. Just as you’re trying to cope with adult life not being all it was cracked up to be, overwhelming visual evidence confirms your nagging paranoia that you are being replaced. Generation Z has arrived.

Generation Z is typically defined as anyone born in the year 1996 or later, meaning its oldest members will celebrate their 21st birthdays this year – it’s been a while since they were seen dribbling along to Barney & Friends.

Advertising group Core Media describes Generation Z as “Ireland’s newest and most enigmatic generation”, and is advising clients that 2017 marks its “coming of age”, and the beginning of a “hidden tipping point” deserving of their attention: “While Millennials have been the focus of marketers for some time, Generation Z are different, because they are true digital natives and far more open to doing things differently than their predecessors.”

Take that, pretend digital natives. Generation Z are not just “true” digital natives, they are social media natives, tablet natives and YouTube natives. Don’t even try to get them to make one of those voice call things. Professional YouTubers, not cupboard-bound TV presenters, are their media figureheads. Its younger members have been weaned on “unboxing”, learning everything they know from online videos in which toys and tech gadgets are unpacked by enthusiastic or paid vloggers.

As they enter their adult lives primed to both embrace and refresh consumer culture, the trick for retailers, and for anyone selling anything, will be to grab a share of their mobile wallets.

Post-Millennials will not only be completely comfortable with the concept of contactless digital wallets like Android Pay (just launched in Ireland) and Apple Pay (on its way), they will expect to be able to use them wherever they go. Brands that don’t keep up with this evolution of money will be usurped by those that do. That might sound obvious, but some companies spend so long waiting for the driverless train to come, they miss it while it whizzes past.

But will they have any money to spend anyway? First let’s rewind two generations. When Canadian writer Douglas Coupland coined the term Generation X for his 1991 novel of the same name, he defined it as a “poverty jet set” that couldn’t hope to amass the same level of wealth as their parents, the North American Baby Boomers (hence their “Boomer envy”).

A recent study by Pew Charitable Trusts has confirmed that while Generation X-ers in the US earn more than their parents did, even when adjusted for inflation, they are not as wealthy. Why? They have no savings.

Millennials must be even less secure. Like Generation X’s “slackers” before them, they’re told that permanent salaried positions with – gasp – pension entitlements are old-fashioned, and why would they want them anyway? How would they fit one into their busy selfie-taking schedule? The fledgling Generation Z, meanwhile, is branded “entrepreneurial”.

Stupid media buzzwords they may be, but generational labels reflect the fact that not all traits are inherent to particular life stages (teenage anger, 30something ennui). Some are determined or amplified (hello Instagram) by economic and technological shifts. Generation Z may indeed turn out to be more entrepreneurial than its predecessors, because it has to be. To eat.

Spare a thought for the inbetweeners. When the starting point for Millennials is variously stated to be 1980, 1981 or 1982, it’s hard for people born in those years to know which generational stereotypes they’re meant to be railing against. As a child of 1979, all I can say is that some of my best friends are Millennials.

But let’s forget about them and have a quick shout out for the “forgotten middle child”, Generation X, instead. In the US, this was a “Baby Bust” generation. It was the end of something. But in Ireland, the Generation X-ers born in the late 1970s, plus the inbetweeners of the very early 1980s, poured into swelling classrooms. We were jumpers-for-goalposts kids, not Celtic “cubs”.

Now we’re the digital migrants who remember when jobs were advertised in newspapers, not with a breezy #jobfairy hashtag and a horrifying invitation to upload a two-minute application video. We don’t identify with so-called social “influencers”, but we can’t listen to George Hook either. Some of us might have gripped the bottom rung of the housing ladder before it was whisked away, but we’re not exactly Mick and Kate of AIB mortgage pay-off fame. We’ll click “remind me later” at least half a dozen times on every iOS update, because while we’re open to change, we’ve been burned by it too.

Feel free to appeal to our vanity while we still have some.