Brands on the run: healthy eating is bad news for fast food firms 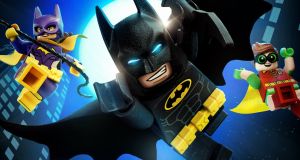 The LEGO Batman Movie comes out next week and will likely increase the strength of the toymaker’s brand.

Google has overtaken Apple to become the world’s most valuable brand, while Lego is deemed to be the most powerful, according to a new survey.

In a sign of the times, tech-related brands dominate the most valuable index with Amazon, Microsoft, Samsung and Facebook among other companies included in Global Finance’s rankings.

Google’s brand value rose by 24 per cent last year, increasing from $88.2billion to $109.4billion, putting it in first place in the “most valuable” rankings, a position it hasn’t held since 2011.

David Haigh, chief executive of Brand Finance, a consultancy with headquarters in London, said while Google was finding new innovative ways to monetise users, Apple was struggling to maintain its technological advantage.

“Apple has been living on borrowed time for several years by exploiting its accumulated brand equity. This underlines one of the many benefits of a strong brand, but Apple has finally taken it too far,” he said.

The latest rankings show AT&T has overtaken Verizon to become the world’s most valuable telecoms brand, while Emirates was overtaken by American, United and Delta in the airline category.

ICBC is the world’s most valuable banking brand and Chinese banks are now worth more than those of the US, the survey finds.

A focus on healthy eating globally has led to a decline in brand value for Coca-Cola, Pepsi, McDonald’s, KFC and Subway. Elsewhere, Nokia is back from the grave and has returned to the top 500 ranking, following its takeover and rebrand of Alcatel and launch of the Nokia 6 phone.

Lego has regained its status as the world’s most powerful brand from Disney, ahead of the new Lego Batman film, which comes out next week.

Under Global Finance’s rankings, brands are first evaluated to determine their power and strength based on factors such as marketing investment, familiarity, loyalty, staff satisfaction and corporate reputation. Brand strength is then used to determine what proportion of a business’s revenue is contributed by the brand, which is projected into perpetuity to assess overall value.