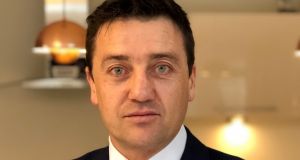 He was reappointed in the role in June 2017 by Taoiseach Leo Varadkar for a transitional period until the end of October.

Earlier in his career, Mr Purcell spent two years as deputy director of communications for Fine Gael and then head of the Fine Gael press office. Before entering politics, he served as an officer in the Defence Forces for 18 years, during which time he held senior leadership roles at home and abroad, serving in Lebanon and Bosnia.

“His appointment will further strengthen our advisory services and his leadership experience will contribute to the ongoing growth of the business,” said Edelman Ireland managing director Joe Carmody.

“These are exciting and challenging times nationally and internationally and I look forward to offering my perspectives to Edelman and our clients,” said Mr Purcell.