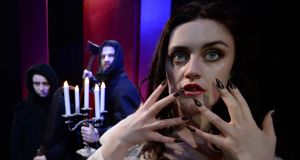 The company behind Dublin’s Smock Alley Theatre generated a loss of €112,913 for the 18 months to the end of December 2016 despite boosting turnover to €1.8 million.

The company acknowledged that its latest set of financials showed a large deficit, which it said the board was working to “minimise”.

Despite numerous funding requests with the Department of Arts, the Arts Council and Dublin City Council, it said “no core cost funding has been forthcoming”.

As a result, it said there was a significant chance that Smock Alley Theatre will not be sustainable in the future.

“Smock Alley Theatre has been re-opened and functioning since May 2012. Coming up to its five-year anniversary the theatre is still underfunded and unsupported in terms of its core costs by all state and city agencies,” it said.

It also noted that Smock Alley Theatre’s lease with the Temple Bar Cultural Trust put all responsibility for the building’s upkeep on the company.

“Dealing with such an old, historical and listed structure – especially with the level of capacity we have – is very costly,” the group said, noting the cost of maintenance and repairs doubled in 2016.

Part of the hike in expenses last year came from a decision to employ a full-time general manager and utilise more contract and casual staff.

The group hosted 10 festivals and 152 companies presenting 707 performances in 2016.

In its accounts, it also said it had identified an issue in relation to the pricing of events with each booking paying the same rental cost but receiving different staffing numbers, decreasing the profit margin on certain events.

“This is being investigated and rectified by management for the 2017 bookings,” the company said.