Facebook v the DPC, armoured cars, and challenges for the proposed housing commission 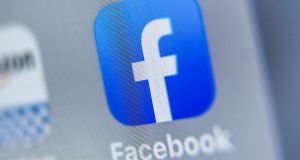 The European Court of Justice said on Wednesday that data protection authorities in any European Union member state can pursue privacy complaints against Facebook. Photograph: Denis Charlet/AFP via Getty Images

Interlinked stories about Facebook, Ireland’s Data Protection Commission (DPC) and privacy and data rights activist Max Schrems dominate our Business headlines this morning. The European Court of Justice said on Wednesday that data protection authorities in any European Union member state can pursue privacy complaints against Facebook even though it is based in Ireland, potentially unleashing a flood of complaints against big tech companies, reports Naomi O’Leary in Brussels.

Meanwhile in Dublin, a High Court judge has said he will rule as soon as possible on Facebook’s challenge to the DPC’s draft decision to inquire into and suspend data transfers by Facebook Ireland to the US. A separate action by privacy and data rights activist Max Schrems which was also aimed at halting the inquiry, for very different reasons, was due for hearing at the Commercial Court on Wednesday but the court was told it had been resolved, after the DPC sent Mr Schrems a letter to say said it would progress a complaint originally sent by him in 2013 “as expeditiously” as possible. Mr Schrems said he welcomed the news, but remained sceptical of the Irish regulator, Derek Scally writes.

Reporting on documents released under Freedom of Information, Ken Foxe reveals how the DPC has warned that it is “acutely strained” grappling with cases involving giant multinational tech companies - which have access to “disproportionate resources” to fight their corner - and rising complaints from members of the public.

In her Net Results column this week, Karlin Lillington is also writing about the social media giant, and the controversy over their decision to require (most) WhatsApp users to share a bevy of data with parent company Facebook, or lose access to the app.

In other news, Stena Line is moving a larger, new ship to a direct Ireland-France route from a planned route between Britain and Northern Ireland as more businesses seek to avoid Brexit checks. Simon Carswell has the story.

Vodafone is following in the footsteps of rivals Eir and Three with the introduction of a stripped-back sim-only mobile offering through the Clear Mobile brand, Charlie Taylor reports, while Dublin-headquartered Frankie Health, a start-up that has developed a technology platform aimed at supporting employee mental wellbeing, has raised $1.25 million ( €1.03 million) in funding.

The television premiere of Finding Jack Charlton, an acclaimed documentary on the late Republic of Ireland football manager, is set to be the standout programme on the Virgin Media Television (VMTV) spring schedule. Laura Slattery has more details on what’s coming up on the box in the next few months.

And Cantillon asks what a proposed housing commission could achieve, and whether the topic is simply too contentious for any political consensus.

In Technology, Neil Briscoe investigates how the use of military technology is making our cars lighter, and in turn, helping to save energy.

7 The lockdown may squash the virus but what will it means for Ireland's economy?