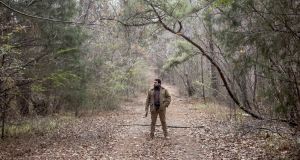 The great thing about podcasts is that if you want to remove the bile from your audio diet and Irish talk radio isn’t helping, then it’s not as if you’re going to be starved of alternative listening options.

From convenient playbacks of good, sane but awkwardly scheduled radio programmes to the joy of independent productions created for the medium, the number one problem with podcasts is keeping up with them all.

This week sees the staging of the first ever Dublin Podcast Festival*, brought to the city by Headstuff.org and Aiken Promotions, with celebrated Irish and international podcasts staging live recordings in venues across the city.

Podcasts as a medium have been hyped for some years now, and perhaps overhyped. Radio industry-commissioned research suggests they remain on the fringes of the nation’s listening. Audiences are growing, however, both in Ireland and internationally, with head of 2fm Dan Healy noting last autumn that among younger audiences, there appeared to be “some sort of critical mass” on podcasts. Serial-esque cultural breakthroughs are only going to keep happening.

The preloading of Apple’s Podcasts app on iPhones means that for the demographic that has never owned a radio set and does not commute by car, podcasts may actually enjoy a better, more direct platform than FM radio.

It’s not a simple as podcasts versus live radio, of course. Many of the most popular podcasts are spin-offs of established radio shows – the 75-year-old Desert Island Discs has been on the go since the pre-computer age – and podcasts help them reach a new audience.

Some, like BBC 5 live’s Wittertainment, record extra content for the podcast version that makes non-live listening more appealing for the devoted, while others edit out radio elements such as news and traffic updates and, for rights reasons, the music. (Catching up on Graham Norton’s Radio 2 show via podcast means missing out on his post-song asides.)

Non-radio media groups have learned how to make podcasts a key part of their offering, though I would say that: I sit right next to The Irish Times podcast studio and am sometimes lured into it. For many listeners, it will be the expansion of the audio universe beyond established media organisations that is the particularly special benefit of the medium. The podcast charts are a panoply of niches. They’re an aural smorgasbord.

The best podcasts, in my opinion, are the ones that make you more interested in their subject than you were when you first pressed play – for me, that’s currently the Tennis Podcast by David Law and Catherine Whitaker, an overhead smash of a podcast that combines enthusiasm for the sport with drops of grade A derision.

Podcasts that build bona fide fanbases will accrue in-jokes, but should still be accessible to new listeners, while the most addictive ones tend to have regular “format points” – like the Guilty Feminist’s “I’m a feminist, but...” segments or Richard Herring’s “emergency questions” – yet remain flexible.

Successful podcasts often boast an original angle, without being unbearably quirky, and they’re often highly scripted, without seeming like they are. And as with any type of content, there’s a balance to be struck between continuity and experimentation, ambition and cost control.

So how do podcasts make money then? Launching subscription or membership options that offer extra content and bells and whistles, as sports podcast Second Captains did earlier this year, is more rarity than rule. Most podcasters are not in a position to charge and instead try to build revenue through sponsorships and increasingly sophisticated audio advertising networks. US brands Squarespace, Audible and Mailchimp are to podcast listeners what Hotel Trivago is to television watchers: inescapable.

Some podcasts either eschew advertising or marry the trickle of income that they can derive from it to crowd-funding pushes and high-margin merchandising – the latter is a delightful cousin of crowd-funding that both satisfies and stokes fandom.

But podcasts are typically the product of professionals who earn their money from other sources – for the majority, raising revenue from podcasts is about financing a passion project rather than making a living from it.

One thing that will certainly help cement more solid revenue paths for podcasts is the endorsement of high-profile individuals. This is happening. Want to hear what Hillary Clinton has to say about election night without having to vomit your way through the misogynistic filter of mainstream media? There is no better option than her near hour-long conversation with the US non-fiction writing podcast Longform.

I’ve only just caught on to Longform, which is on episode 261, so that’s one long feed of past episodes to work my way back through. My iPhone says: “Storage almost full.” The podcast host says: “Have you heard about Mailchimp? I use Mailchimp. You should use Mailchimp.”

*The Dublin Podcast Festival takes place from September 19th to 30th. The Irish Times Women’s Podcast with Róisín Ingle and Oh My God, What a Complete Aisling authors Emer McLysaght and Sarah Breen will be held at the Sugar Club at 8pm on Sunday, September 24th.

The Irish Times Inside Politics will record at the Workman’s Club at 3.45pm on the same day as part of an All-Day Pod Extravaganza at the venue.

The full line-up and information about ticketing is at Headstuff.org.