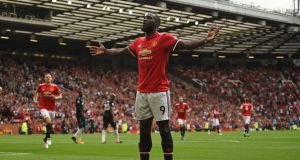 Football, in its English Premier League incarnation, is back, and it’s almost as if it has never been away and never will go away. The hype machine that propels the 10-month calendar of derbies and Super Sundays is so slick by this point it is practically sentient. Some of the matches are quite good too.

Commercial mining of the Premier League over the past 25 years has been so comprehensive that to many viewers football is synonymous with the concept of pay TV. As all broadcasters know, either from experience or envy, live Premier League matches continue to persuade people to part with their disposable cash to a much greater degree than other sports.

Now the dominant media force that is football is busy rolling on to its next mega-auction. Premier League television rights for the three seasons from 2019-2020 will soon come up for blind bidding, with the pool of televised matches set to expand. Sky and BT Sport, the two broadcasters that currently share the rights, are expected to compete once again. Neither will want a repeat of the 2015 auction result.

Under this current deal, which runs until the end of the 2018-2019 season, the average amount paid per televised match is £10.19 million, up from £6.6 million in the previous deal and £4.7 million in the deal before that.

It would be a brave person to insist that a peak has been reached. Even if the total price tag doesn’t inflate by 71 per cent or anything like it, the next auction could still set a fresh record.

Providing upward price momentum is the Premier League’s ability to dangle the prospect of a new “big bad”. If a tech giant such as tennis rights-snaffling Amazon was to line out for the auction, then it’s inflation city once again – especially if it was to pursue the most valuable match packs. This outcome is still regarded as an outside bet, but it doesn’t do the Premier League’s negotiating position any harm.

Sometimes it pays to be a copycat. BT, when it entered the rights fray in the 2012 auction as a means to sell broadband, was mirroring what Sky had done with football and pay TV in the 1990s. The difference is that Sky more or less had the pitch to itself back then, whereas now there are two companies waiting for the whistle.

And they’re not merely fighting over the ball. They’re attempting to play separate, concurrent matches with the same ball, tearing it apart in the process.

This unsustainable frenzy can be traced back to the European Commission’s decision, on competition grounds, that the Premier League shouldn’t be permitted to award all of its games to a single broadcaster, as this was bad for consumers.

Ironically, that intervention has not helped the consumer much. Football fans who – completely unsurprisingly – take a completist’s view to match access end up having to pay two separate subscriptions (unless they are Virgin Media customers in Ireland, who can’t access BT Sport, part of the Eir Sport pack of channels, on the Virgin platform).

On paper, it looks like fear of BT’s aggression pushed Sky into overpaying for rights last time around. This time, notwithstanding nervousness about new bidders, Sky may well be more circumspect. The pre-auction build-up comes at a sensitive time for the company. The pan-European broadcaster is 39 per cent owned by Rupert Murdoch’s 21st Century Fox, which wants to acquire 100 per cent and is devoting 2017 to trying to get the deal past regulators. The lower Sky’s outlay on football, the more profitable the asset will be for Murdoch.

On the other hand, if BT Sport – which claims it will walk away “if the price becomes too rich” – was to saunter out of the next auction with three or four of the seven available packs, up from the two it now holds, Sky would look a bit silly.

Sensibly, it has signalled that it will lessen its dependence on sport in future. “Every day, it is less important than it was,” chief executive Jeremy Darroch said last November, as he flagged Sky’s increased investment in non-sport entertainment. The perilous, expensive nature of auctions is likely the motivating factor. Another may be that its football viewer ratings declined last season.

What goes up must come down. The trick for Sky and its competitors is to head the ball in the direction of the goal without injuring themselves or falling face-first into the mud.

But as much as it seems like football is one long permanent fixture on the broadcasting landscape, that landscape itself is shifting, and the sport has, in the grander scheme of history, no special claim to immortality.

There is no guarantee that its most precious child in the UK, the Premier League – or any similar organisation of elite clubs – will forever remain the reliably mad media juggernaut that it is today.