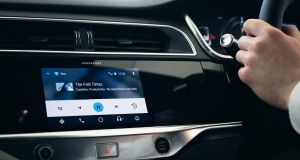 Two-thirds of Noa’s audience is in the 18-40 year old demographic, with 85 per cent based outside of Ireland

Irish media start-up Noa, which narrates written journalism in audio form, has seen a surge in subscribers since it began covering the coronavirus outbreak earlier this year.

Founder and chief executive Gareth Hickey said it had added more than 40,000 listeners to its spoken-word audio platform following publication of its first article on the issue in late January.

Noa, which stands for News Over Audio, was founded in 2015. It presents text from leading news publishers in an audio format that is made available via an app. The text is read by narrators, with a number of leading publications available on the service, including Bloomberg, the Financial Times, the London Independent and The Irish Times.

Two-thirds of Noa’s audience is in the 18-40 year old demographic, with 85 per cent based outside of Ireland. Mr Hickey said the growth in listenership “is a clear sign of the demand for quality journalism among younger audiences.”

The rise in subscibers comes as Taoiseach Leo Varadkar on Monday urged the public to stop sharing unverified information on WhatsApp groups and to instead use official, trusted sources for updates on the Covid-19 outbreak.

A monthly subscription for the service costs €9.99 per month.

“As a company, Noa’s goal is to help people understand the news with quality journalism. Our listeners, who skew far younger than your average digital news subscriber, don’t just subscribe for the human-narrated articles alone,” Mr Hickey said.

“They value our curation and hearing the perspectives of multiple publishers on a single topic, which we do in a playlist format, which we call Series. The latest outbreak of coronavirus is an example of this. So far, we have created eight standalone COVID-19 Series, each taking a different angle to the virus,’ he added.

Noa provides the narrated articles for The Irish Times’ “Listen” feature, which was recently introduced.

The start-up has raised about €800,000 to date for its platform with Mr Hickey saying it expects to undertake a Series A funding round within the next 12 months to raise between €5 million and €10 million.