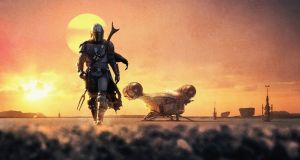 Sky and Disney have announced a multi-year deal to make Disney+ available for purchase in Ireland and the UK through Sky Q.

The deal means Sky customers can access Disney+ content such as Star Wars spin-off series The Mandalorian and mockumentary High School Musical: The Musical: The Series through the Sky Q box if they sign up to buy the service.

The Disney+ app will also be available independently of Sky in Ireland from March 24th.

Sky, owned by US telecoms giant Comcast, already has a similar arrangement in place with streaming market leader Netflix. In the coming months, its own streaming service Now TV will be integrated into the Sky Q box, it added.

“This is a great start to what is set to be another stellar year for Sky,” said Jeremy Darroch, group chief executive of the company, which is the largest pay-TV provider in Ireland.

Walt Disney direct-to-consumer and international chairman Kevin Mayer said Sky, along with its other distribution partners, would “deliver exceptional reach at launch”.