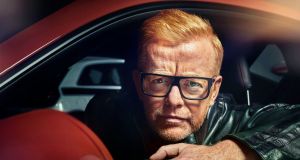 The BBC has published the names of its 96 top presenters who are paid more than £150,000 a year, shining an uncomfortable light on the broadcaster’s pay policy and likely prompting a row over inequalities among staff members.

Chris Evans, the Radio 2 presenter and former Top Gear host, was revealed as the highest-paid broadcaster at the corporation, with a salary between £2.2 million and £2.25 million a year.

The only other presenter paid more than £1 million a year was the Match of the Day presenter Gary Lineker, who received between £1.75 million and £1.8 million last year.

Mr Lineker has previously said that he could earn much more money working for a rival broadcaster. He supplements his BBC income with commercial work for Walkers crisps and other broadcasters, including BT.

The BBC had been forced to disclose the salaries as part of its new royal charter agreement with the government. Ahead of the list’s publication on Wednesday, Tony Hall, director-general, sought to defend how much the corporation pays its stars.

Speaking on Radio 4 on Wednesday morning, Lord Hall said he was “satisfied with all the 96 people on the list and what they are being paid”.

Lord Hall added that the overall number of presenters earning more than £150,000 a year had fallen by 13 in the past year, and that the total bill for those earning over that threshold had fallen by £3.1 million since last year, to £28.4 million.

John Humphrys, the Today programme presenter, earned between £600,000 and £649,999 – a salary understood to have been boosted by his other role presenting the quiz show Mastermind. BBC News anchor Huw Edwards was paid between £550,000 and £599,999 last year.

David Dimbleby, one of the best-known faces of the BBC, was not on the list because Question Time is produced by Mentorn, an independent production company.

Under the agreement with the government, salaries that are not funded directly by the licence fee or that come through independent production companies are not included on the list.

The pay of actors David Jason, Tim Roth and Peter Capaldi – who is leaving his role as Doctor Who at the end of the current series – were also disclosed.

Of the 96 names published on Wednesday, only 34 are women – sparking a row over gender pay inequality. Only two out of the top 10 earners are women: Strictly Come Dancing host Claudia Winkleman and One Show presenter Alex Jones.

Lord Hall said that the corporation needs to do more to close the gap. He pointed to pay rises and promotions given to female presenters in the last four years, including for the BBC’s political editor Laura Kuenssberg and Today programme presenter Mishal Husain. He said that of those promoted to jobs paying over £150,000 since 2013, two-thirds were women.

The list also highlighted how some presenters working side-by-side are paid different salaries.

Andrew Marr, who fronts the BBC’s Sunday morning political show, was paid in the same £400,000 to £449,999 pay bracket as Stephen Nolan, the relatively unknown Northern Irish radio and TV presenter.

The BBC said it was difficult to compare what individuals are paid as they may be doing different amounts of output, and in some cases for different channels.

Lord Hall insisted that BBC presenters were paid at a discount to the wider market. He said that in the last five years, the amount the corporation pays its highest earners has dropped by 40 per cent.

The BBC had strongly resisted the move to disclose the amount it pays its stars, fearful the list would hand rival broadcasters a menu from which to poach its staff.

The arrival of digital rivals, such as Netflix and Amazon, which are both ploughing billions of pounds into new content, is also placing the BBC under pressure when it comes to retaining shows and star presenters.

“We are in a market that is more competitive than ever,” said Lord Hall. “A decade ago it might have been just ITV or Sky or commercial radio, but now it’s Netflix, Amazon or Apple. ”