Caveat: why was Buckley’s bodyguard involved in the alleged INM data ‘interrogation’?

Zuckerberg’s appearance before US parliamentarians was essential viewing 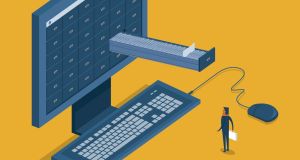 As part of his application to the High Court to have inspectors appointed to INM, the Director of Corporate Enforcement Ian Drennan avers that Henry effectively ran the secret “interrogation” of INM’s email system – including those of some of its journalists – in 2014 and 2015 that is at the heart of the saga.

Henry, Drennan believes, oversaw the endeavour to parse INM’s backup IT system, which was allegedly facilitated by Leslie Buckley, INM’s former chairman and a close ally of Denis O’Brien. Drennan alleges that Blaydon, an Isle of Man company controlled by O’Brien, paid for the secret data “interrogation”.

Buckley has told the High Court that Henry “provides certain security services to me”, and referred to his supposed “area of expertise in IT systems”. However sources who have encountered Henry in the course of his work said they were better aware of his expertise as a bodyguard than his proficiency in technology.

Dublin-based Henry, who is aged 61 and has worked in private security for close to 30 years, isn’t keen to discuss his role in the INM affair, and has terminated numerous calls from this newspaper asking him for details.

Drennan, meanwhile, has queried in court papers why there was an “omission” concerning Henry’s involvement when INM wrote to the Data Protection Commissioner last August. Lawyers representing Drennan’s office have also previously told the High Court that they want to learn more about his role.

Who is this man who appears to have played such a central role in the the unravelling saga that may be potentially the most significant suspected data breach in the history of the State?

Henry, who owns the Citywest-based company Specialist Security Services (SSS), appears to have no social media presence, and no photographs of him are readily available, including on the SSS website.

He is known to have worked very closely for many years with Buckley, vice-chairman of O’Brien’s Digicel telco, especially in the provision of “close security”, or bodyguarding, in strife-torn Haiti, one of Digicel’s main markets.

His close personal familiarity with Buckley is clearly evident in the tone of text messages he sent to the businessman over the course of the data “interrogation”, as outlined in Drennan’s court papers.

“Just looking at JW archive mailbox with mails going back to 1999!!!!,” he told Buckley in one exchange unearthed by Drennan’s team. “Yuppiee!!! (sic)”

Sources who have personally encountered Henry portrayed him as a direct and physically imposing man, who was known for carrying two guns in the course of his security work in Haiti, where the use of armed guards to protect western executives is legal and would not be unusual.

Henry comes from a large Dublin family, many of whom appear to be based in and around the Ballyfermot area of west Dublin and are also involved in the security sector. Henry himself has in recent years had a number of southside Dublin addresses on official documents, and has also been based in Wexford.

Prior to setting up SSS in 1993, he ran a company called Specialist Security Services (Static Guards) with another family member Paul Henry.

That company went into liquidation in 1995. The prior year, court records show, Paul Henry filed a personal injury claim against John Henry trading as SSS, but that case was settled in 1997.

From the end of the 1980s, which appears to be when when he exited the Army, John Henry appears to have been involved in at least five different private security businesses, usually with various members of the extended Henry family.

SSS appears to be far and away the most successful of these. Within a few years of setting it up it had about 30 staff, according to filings. Its most recent accounts, for 2016, show retained profits of €180,000. The company has been named in court papers as one of those that was given access to INM’s data.

Henry is also, seemingly, a motorbike enthusiast. Eight years ago he registered the Motobunker business name to the Citywest address that is used by SSS, but there is no evidence readily available to suggest it ever traded in its targeted sector of motorcycle refurbishment.

Henry was until last year a minor shareholder in Reconnaissance, which has also been named in court papers as having an involvement in the alleged data “interrogation”, but he transferred his share last summer to its financial controller.

Private security consultants are, by the very nature of their job, meant to operate under the radar. The precise reason for the apparent close involvement of Buckley’s private bodyguard in the INM data saga is, however, a mystery to many outside observers at present.

The High Court inspectors to INM, if the court approves an application by Drennan, must surely aim to get to the bottom of it.

– The news that the Weston family-owned Selfridge’s is making €11 million available for further refurbishment of Arnotts is welcome news for the distinguished Dublin city centre retailing institution. Its future looks secure.

But what does the future hold for its erstwhile north city centre rival Clerys? The ongoing rumour about town is that the consortium led by Dublin developer Deirdre Foley is unlikely to be the group that brings the project to fruition.

Property industry sources think it might be better if Clerys is sold on to another development group with less reputational baggage connected with the project. Foley’s consortium sparked public fury in 2015 when the store’s employees were quite literally put out on the street when the store was shut in breathtakingly cynical fashion.

Clerys is a prime redevelopment play. A lot of people will make a lot of money from its redevelopment. Even if they don’t redevelop it and choose to sell it on, Foley’s consortium will be members of that coterie.

– Facebook chief executive Mark Zuckerberg’s appearance this week before US parliamentarians to answer questions about its sketchy management of users’ private data was essential viewing.

The level of his personal discomfort at facing such uncompromising public scrutiny, as he supped water and wore a shell-shocked facial expression, was almost enough to make you feel sorry for him. Almost.

Zuckerberg has so far rebuffed similar requests to appear before UK parliamentarians to answer questions on data. So it is probably too much to hope that one day he might appear before an Oireachtas communications committee to answer questions fielded on behalf of the citizens of the State that is home to Facebook’s international headquarters and where it has made much of its money.

But, oh, wouldn’t it be box office to watch Zuckerberg’s puzzled expression as he faced off against the likes of Michael Lowry, Timmy Dooley, Bríd Smith and their committee colleagues.