New US research shows patterns between ‘philanthropy’ and politicians’ interests 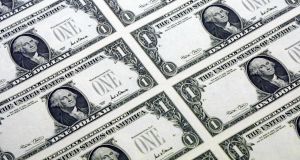 The researchers estimate that more than 7 per cent of charitable donations by corporate foundations are intended to buy political leverage. Photograph: Alex Wong/Getty Images

Corporate philanthropy, business leaders would have us believe, is the ringing voice of a company’s social conscience. ExxonMobil may stand accused of misleading investors and shareholders about what it knew about climate change, but the ExxonMobil Foundation’s multi-million-dollar contributions to end deaths from malaria and to train women in developing countries should, executives hope, balance the ethical ledger.

The same goes for the Walmart Foundation’s contributions to reduce carbon emissions in China and to protect wilderness areas in the United States, or the Dow Chemical Foundation’s contribution to Habitat for Humanity. These companies might be ruthless in their lines of work – fighting against environmental regulations or more stringent labour standards – but their foundations are in it to do good to the world.

Not entirely, it appears. Just months before the US midterm congressional elections, a group of economists has published an analysis of how corporate America is spreading its philanthropic wealth.

Sifting through the donations to charity from 1998 to 2015 by the largest companies in the United States – those in the Fortune 500 or the Standard & Poor’s 500 index – Marianne Bertrand of the University of Chicago’s Booth School of Business; Matilde Bombardini and Francesco Trebbi of the University of British Columbia; and Raymond Fisman of Boston University detected a pattern of contributions to 1,087 charities linked to 451 members of Congress.

It turns out that the spending is a little more self-serving than companies would have us believe. Some of the charitable giving looks a lot like corporate lobbying.

And because companies get a break for such giving, it amounts to political spending at taxpayers’ expense. “Firms deploy their charitable foundations as a form of tax-exempt influence seeking,” the researchers write.

Think of it like this: one way a company could please Iowa Republican senator Chuck Grassley, who leads the judiciary committee and is a member of the committees on finance, agriculture, the budget and taxation, would be to have a corporate political action committee donate directly to his campaign.

But there is another way, one that often slips below the radar of campaign finance watchdogs. Why not donate to the Partnership for a Drug-Free Iowa, where the senator has been an honorary advisory board member?

A corporation could also give to the University of Northern Iowa Foundation, on whose board Grassley sat as a trustee. Over the period covered by the study, the foundations of AT&T, ConAgra Foods, General Electric, Goldman Sachs, Medtronic, Merck, Monsanto, Nationwide Insurance, Principal Financial Group and Rockwell Collins all contributed to one or the other.

Grassley’s office, when asked about the corporate contributions to causes linked to the senator, said: “Senator Grassley receives many requests to support various non-profit organisations. He lends his name to some, but declines most.”

That companies might butter up legislators by donating to their pet charities is not new. In 2010, my colleague Eric Lipton documented the contributions to the Joe Baca Foundation and the James E Clyburn Research and Scholarship Foundation, each affiliated with a Democratic member of Congress.

The researchers who conducted the new study don’t claim that any specific charitable contribution was meant to manipulate the political process. But their work lays bare the extent to which corporate donations may respond to political, rather than charitable, motivations.

It is possible that when the Exelon donated $25,000 to Representative Joe Barton’s effort to build a Boys and Girls Club in Texas in 2008, it did so because it believed in boys and girls, not because Barton was the top Republican member of the House energy and commerce committee. Microsoft’s donation to the Seattle Art Museum may have reflected the company’s support for the arts, not its desire to please Representative Jim McDermott, who was on the museum’s honorary committee (McDermott, a Democrat, has since retired).

The new research uncovers patterns in the aggregate data that suggest corporate donations are often dictated by recipients’ political clout. For instance, a company foundation will donate more to charities in districts where the representatives have gained seats on a committee that is important to the company. And when the member of Congress leaves office, corporate donations to charities in his or her district will dip.

Corporations’ philanthropy often flows to the same areas as their political action committee contributions: charities in districts where companies favour a particular candidate tend to get more corporate donations.

The authors of the study examined only a subset of corporate philanthropy, money flowing through corporate foundations that must disclose the recipients of their largesse. But the research suggests that the impact of corporate contributions could be much bigger than even critics of campaign-finance practices realise.

The researchers estimate that more than 7 per cent of charitable donations by corporate foundations are intended to buy political leverage. Applied to $18 billion worth of corporate philanthropy in the US in 2014, that would amount to $1.3 billion, almost four times as much as total political action committee contributions that year and 40 per cent more than the corporations’ lobbying expenditures.

There are a couple of lessons here. For those who favour campaign-finance reform, perhaps the most urgent message is that there are many doors that corporate America can use to buy influence. But the research also highlights the way that companies interact with society.

Corporations are likely to tally their foundations’ charity as a decided plus on the dashboard of corporate social responsibility. But politically motivated charitable giving meant to undercut regulations, promote a tax cut or otherwise gain a break could actually reduce total welfare.

As the researchers write: “If corporations’ good deeds (in the form of charitable contributions) cater to politicians’ interests, who as a result put the interests of business ahead of those of voters, the overall welfare effects are ambiguous. Society benefits via increased charity, at the potentially high cost of distorting laws and regulation.”

None of this would happen, of course, if politicians weren’t so hungry for corporate money.

“Companies wouldn’t do this is it didn’t pay off,” Bombardini told me. “Politicians get good publicity by channelling funds that are valuable to the community. Whatever makes you look good, you want to take credit for it.”

But with a new wave of scandals engulfing some corporate titans, it would behove them to honestly assess the ultimate purpose of their charity.

Facebook doesn’t have a corporate foundation. But its chief executive, Mark Zuckerberg, has pledged 99 per cent of his Facebook shares to advance human potential and promote equality. Perhaps the pledge could include a commitment never to deploy his company’s financial might to steer the nation’s political process for corporate gain.