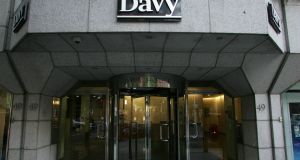 Department stores Brown Thomas and Arnotts could begin selling second-hand goods by the end of next year, Donald McDonald, managing director of both told the Sunday Independent.

Mr McDonald revealed that the pair planned to spend €70 million on their stores and on-line businesses over the next five years. This would include a shift to “conscientious consumption” which would focus on re-selling second-hand luxury goods.

“By the end of next year, we will be rolling out a significant offering in this area,” he told the newspaper. “This will evolve over the next few years and we are really well-placed to be significant players in this market.”

Sales at the two businesses rose 1.4 per cent to €253 million in the 12 months to February this year. Profits at Brown Thomas climbed 40 per cent to €6.7 million. However, investment left Arnotts with a loss of €1.3 million.

An internal government document shows that tariffs on butter, liqueur and cheese sold to the US will cost Irish companies €91 million a-year as a result of the dispute.

The paper noted that despite the Republic not being involved in the dispute, which stems from a row over aircraft subsidies, it would pay the highest price in the EU as long as it continued.

Liqueurs such as Bailey’s Irish Cream face the biggest hit, the newspaper said. “The study found that Trump’s trade tariffs would impose costs of €42 million on the €168 million of liqueurs imported to the US annually.”

“The financial advisers are entitled to the fee on completion of the €1.34 billion deal according to new details disclosed in Green Reit’s annual report, published on Friday.

The High Court must approve a “scheme of arrangement” that will allow the deal to go through at a hearing set for November 6th. Shareholders and the Competition and Consumer Protection Commission have already given it the go-ahead.