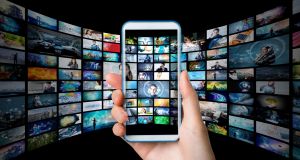 Google and Facebook may have taken the lion’s share of digital advertising income in recent years, but Amazon is on the cusp of disrupting their duopoly, according to a new forecast.

Amazon’s advertising-based revenues are expected to reach $40 billion by 2023, up 470 per cent from its 2018 ad-based sales, according to Juniper’s estimate. That would give the company an 8 per cent share of global advertising spend, nearly three times its current 3 per cent share.

The research company suggests Amazon will steal significant market share from its rivals on the back of its heavy investment in machine learning, which, together with the vast volumes of retail data it has collected, will allow it to offer more efficient targeting of consumers via its ad platforms

The digital advertising market it expected to grow to $520 billion by 2023, up from a projected $294 billion this year. This assumes average annual growth of 15 per cent over the next five years, driven by the use of AI-based programmatic advertising to deliver highly targeted ads.

Jupiter said it expects that advertising platforms will in the coming years focus on increasing access to contextual advertising traffic data to maximise the efficiency of machine learning for targeting abilities.

The result of these efforts is that 75 per cent of global online and mobile ads are forecast to be delivered via AI-based programmatic advertising within four years.

“Giving algorithms access to the vast amounts of data generated by advertising traffic, including purchasing habits, user buckets and geographical location, is critical to enabling advertisers to secure a return on their ad spend,” said report author Sam Barker.

According to the study, Google’s advertising revenues will exceed $230 billion by 2023. Despite this Juniper forecasts that the company’s global market share of digital advertising spend will fall one percentage point over the next four years due to the growth of competing platforms, including Amazon and Baidu.