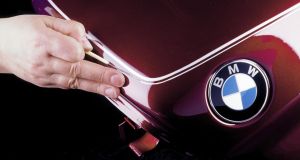 Automakers, among the most exposed to China, slumped 0.8 per cent. BMW, Volkswagen, Peugeot owner PSA and Renault all slipped more than 1 per cent, weighing on the German and French indices.

Glenveagh Properties plc’s shares tumbled as housebuilders and banks bore the brunt of investor reaction to the prospect of Sinn Féin playing a central role in the next government.

The listed housebuilder shed 10.86 per cent to close at 78 cent, although the number of shares sold was not high, traders said. “There’s a feeling that Sinn Féin policies would not be progressive for this type of company,” one dealer explained.

Glenveagh recently boosted targets, committing to build between 2,350 and 3,050 new homes a year between 2022 and 2024 as it predicted strong demand.

Sinn Féin is pledging to back a large-scale public housing programme if it is in Government.

Fellow builder Cairn Homes shed 8.62 per cent to €1.124. Some speculated that another Sinn Féin policy, rent freezes, could hit the company’s ability to sell apartment blocks to landlords, which in turn could hit its ability to build them in the first place.

The prospect of rent freezes also prompted investors to swerve Irish Residential Properties Real Estate Investment Trust (Reit), one of the Republic’s biggest landlords. It dropped 8.65 per cent to €1.50.

Hibernia Reit, now focused on offices in central Dublin, but with plans for homes and commercial buildings on a site on the city’s western fringe, retreated 6.98 per cent to €1.28.

The banks got “hammered”, dealers said. Bank of Ireland lost 8.31 per cent to €3.93 while AIB dropped 5.44 per cent to €2.364. Investors fear that lenders could be forced to cut borrowing charges.

Building materials giant CRH inched up 0.71 per cent to €35.37 as companies focused outside the Republic remained unaffected by any election fallout.

Packaging maker Smurfit Kappa gained almost 1 per cent to €35.02 on positive news about prices in its industry. Ryanair fell 2.10 per cent to €15.37.

Shopping centre owner Intu was London’s second-highest riser as it notched up a 29.25 per cent share price hike after revealing it is in talks with a major Hong Kong-based retail property investor. It ended the day on 17.32 pence sterling.

Intu, which is attempting to pay down its huge £5 billion debt pile, confirmed talks have taken place with Link Real Estate Investment Trust.

Despite Intu’s astronomical rise, it was narrowly pipped by NMC Health to the top of London’s risers. NMC was nursed back to health by the news that a possible takeover might be in the offing. Its shares zoomed up the FTSE 100, adding 226.2p to 926.20, a stunning 32.31 per cent rise.

Podcast business Audioboom, backed by property tycoon Nick Candy, has put itself up for sale, the company confirmed. Bosses at the group, which produces podcasts for 90 million listeners a month, added that financial advisers have been hired to seek out potential buyers. Shares pushed up 20p to 242.5p, or a near-9 per cent rise.

Urban Logistics Reit fell 5p to 144p as it announced plans to cash in on increasing demand for warehouses that can serve cities, as shopping habits continue to shift online.

The pan-European Stoxx 600 index ended 0.07 per cent higher, having marked its best week in three months as part of a broader rebound from an earlier virus-driven sell-off.

Automakers, among the most exposed to China, slumped 0.8 per cent. BMW, Volkswagen, Peugeot owner PSA and Renault all slipped more than 1 per cent, weighing on the German and French indices.

Air France KLM dipped 0.52 per cent to €8.80 despite reporting that passenger numbers rose 2.2 per cent to more than seven million in January.

Wall Street resumed its rally from last week with the Nasdaq hitting a record high on Monday.

Electric carmaker Tesla gained 1.6 per cent as its Shanghai factory returned to service. Apple fell marginally as analysts predicted China’s smartphone sales may plunge by as much as 50 per cent in the first quarter due to store closures and production suspensions following the coronavirus outbreak.