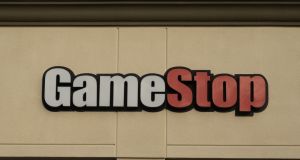 The global mood also soured as investors turned more cautious about mounting coronavirus cases and sounded the alarm about stretched stock valuations after retail investors piled into niche US stocks.

The Iseq index fell 2.45 per cent, with almost all of its main constituents ending the session in the red. Building materials group CRH, the largest stock on the index, dropped 2.55 per cent to €34.46, while Ryanair plunged 4.4 per cent to finish at €14.00.

Packaging giant Smurfit Kappa also went with the downward flow, losing 2.5 per cent to close at €40.02.

Food group Kerry was the only major Dublin-listed stock to beat the trend, with its shares rising 0.8 per cent to €114.90.

The FTSE 100 fell 1.3 per cent while the mid-cap FTSE 250 index dropped 0.8 per cent as the London market was dragged down by an earnings update from precious metals miner Fresnillo.

Fresnillo slumped 13 per cent after it forecast lower gold output for the current year, and warned that the Covid-19 crisis in Mexico had delayed the opening of an important plant.

Heavily shorted stocks like publisher Pearson and cinema chain Cineworld soared, echoing the retail trading fever that has gripped Wall Street. Spurred on by an investment forum on the website Reddit, retail traders have launched an attack on short sellers, targeting video games retailer GameStop and other stocks.

Despite the absence of any news related to the stock, Pearson was the biggest climber on the FTSE 100, jumping 14 per cent.

After holding largely unchanged in morning trade, the pan-European Stoxx 600 fell into the red and closed down 1.2 per cent, which was its biggest single-day percentage fall in over five weeks. In Germany the Dax fell 1.8 per cent, while in France the Cac 40 was 1.2 per cent lower.

The Dax underperformed after the growth forecast for Europe’s largest economy was cut to 3 per cent for this year, a sharp revision from last autumn’s estimate of 4.4 per cent.

Euro zone banks came under pressure as a member of the ECB’s governing council, Klaas Knot, said the central bank could decide to cut its deposit rate further below zero if that proved necessary.

French luxury group LVMH slipped 0.3 per cent even as booming sales at fashion brands like Louis Vuitton, particularly in China, helped to cushion the impact of the pandemic.

The Dow and the S&P 500 slid more than 1 per cent on Wednesday as Boeing slumped on posting a record annual loss, while declines were exacerbated by hedge funds selling off long positions to cover a short squeeze sparked by a sharp rally in GameStop and AMC.

Shares of videogame retailer GameStop and cinema operator AMC Entertainment Holdings each more than doubled on Wednesday as amateur investors again piled into the stocks, forcing short-sellers to abandon their losing bets.

Boeing fell 3.1 per cent and was among the top drags on the Dow Jones after the planemaker took a hefty $6.5 billion charge on its all-new 777X jetliner.

Microsoft rose 1.9 per cent after its results as the software maker continues to benefit from remote working and learning trends globally. Investors also awaited results from Apple, Tesla and Facebook. – Additional reporting: Reuters