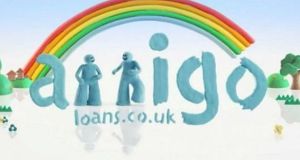 Subprime lender Amigo was down 1.3 per cent in London after reporint a 36.5 per cent slump in first-half revenue

European shares were little changed on Thursday as an extension of coronavirus restrictions in Germany and a grim growth forecast for Britain brought the focus back to the economic impact from the Covid-19 pandemic.

The pan-European STOXX 600 index was flat in early trading, with gains in tech and healthcare stocks offset by declines in the autos and energy sectors.

The benchmark STOXX 600 index is however still on course for its best month on record and market participants expect European equities to touch record highs next year, following promising vaccine trial results from three major drugmakers.

“The global rally seems to have paused for now ... while the release of vaccine results is promising, we do not know yet when this pandemic will be completely over,” Hussein Sayed, chief market strategist at trading firm FXTM wrote in a note.

Trading volumes are expected to be thin in light of the Thanksgiving holiday in the United States.

In Dublin, the Iseq index was also unchanged. Greecoat Renewables, which announced a proposed €100 million placing early on Thursday, was among the movers, down 2.5 per cent in early trading.

Iseq heavyweight CRH was 2.4 per cent lower with Bank of Ireland and AIB down 2.2 per cent and 1.5 per cent respectively.

Other movers included Flutter, up 3.5 per cent, Ryanair, which was 1.2 per cent lower, and Cairn Homes, which was 2.2 per cent higher.

Chancellor Angela Merkel said on Wednesday Germany will extend restrictive measures imposed early this month to rein in a second wave of infections that is sweeping much of Europe, until at least December 20th.

Investors were also awaiting details on post-lockdown restrictions in England.

British health secretary Matt Hancock will tell the parliament later in the day which of three tiers, ranging from the lowest at tier 1 to the highest at 3, each English local authority will fall under, when a national lockdown ends next week.

UK’s domestically exposed stocks extended losses after a sell off in the previous day, when chancellor of the exchequer Rishi Sunak warned the economy was on course to shrink by 11.3 per cent this year and unveiled plans to borrow amounts not seen before during Britain’s peacetime.

In company news, Amigo Holdings dropped 1.3 per cent after the subprime lender reported a 36.5 per cent slump in first-half revenue and flagged “material uncertainty” about its future operations.