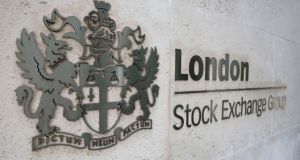 London Stock Exchange Group has agreed to sell its French clearing business to Euronext for €510 million as it seeks to win regulatory approval for its proposed merger with Deutsche Börse .

The European Commission has expressed antitrust concerns about the $28 billion merger and the impact on the clearing of derivatives contracts in particular. The Commission, in a document on the issue, has not made clear if the sale of the French clearing business, LCH Clearnet SA, would be enough to dispel its concerns.

One person directly involved in the merger process said he did not believe the sale alone would address the Commission‘s concerns.

LSE Group and LCH Group Limited said in a joint statement that they had agreed on the terms of Euronext‘s all-cash offer, after announcing last month that they were in exclusive talks with Euronext on a sale.

LSE and Deutsche Börse plan to formally submit the sale as a remedy to the European Commission‘s concerns in the next few days sources told Reuters.