Dividends are the new lightning rod for political anger 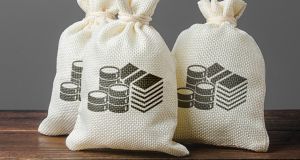 If bankers’ pay was the lightning rod for political anger during the financial crisis, company dividends are rapidly assuming a similar role in the coronavirus outbreak.

Those governments hurriedly assembling economic rescue packages have made clear that any company wanting to use them must stop payouts to shareholders. European and UK regulators this week extended the message to banks, telling lenders that their financial firepower should be used to support economies.

The mushrooming concern over how companies use their cash partly reflects the sudden and devastating damage that efforts to contain the outbreak have inflicted on workers. In the US alone, the number of people claiming unemployment benefits has soared to a record 6.6 million.

“For investors and company management, dividends have a very dear place in the investment rationale and the business cases for companies,” said Ms Noffke. “But these are extraordinary circumstances.”

Indeed, the first major pandemic since the Spanish flu of 1918 has already prompted plenty of companies to take their own steps to strengthen their balance sheets.

Mining group Glencore, aeroplane manufacturer Boeing and carmaker Ford are among the 39 per cent of the 307 European and North American businesses tracked by SquareWell Partners, a shareholder advisory firm, that have slashed, postponed or cancelled their dividends.

For Thomas Schuessler, co-head of equities at €767 billion (€711 billion) asset manager DWS and portfolio manager of DWS Top Dividende, axing those payments is a “logical consequence” for companies facing a “severe earnings collapse”.

“In times like these, where the corona outbreak has paralysed the economy, it is not surprising that several companies might not be able to pay dividends,” he added.

A survey by Boston Consulting Group of US 150 investment companies that together manage $7tn in assets found that 59 per cent were comfortable with companies not maintaining dividends in the near term.

If some asset managers are stoic about losing the income stream that dividends provide, a famine in payments will have a painful effect for many parts of the investment universe.

So-called income funds, which target stocks offering rich and reliable dividends, have been battered in recent weeks. The casualties include large funds such as Invesco High Income, run by Neil Woodford’s former protégé Mark Barnett, which has lost 36 per cent this year. Artemis Income, one of the UK’s biggest equity funds, is down 27.5 per cent.

At the same time, the freeze on dividends also hurts pension funds, charities and other savers, who rely on the steady income from their investments.

“There are charities and foundations and pensions that need that income to keep operating,” said Sebastien Thevoux-Chabuel, a portfolio manager at Comgest, the French asset manager.

Shareholders in HSBC, a company popular with retail investors in the UK and Hong Kong, reacted with fury on Wednesday after the bank was forced by the Bank of England to cancel its dividend.

“The equity investor is the fall guy in any crisis: the owners of the business are the last in the queue to be paid; and even if there are surplus profits, then authorities may now prohibit their distribution,” said Barry Norris, founder of Argonaut Capital, the asset manager.

Eliminating dividends piles “further misery on investors relying on income from dividends to fund their retirement”, he added.

It helps explain why some shareholders believe now is the time for companies to be defending their dividend, according to research by SquareWell, which spoke to 20 big investors with $7.2 trillion in assets.

And some are. UK oil producer BP this week announced plans to cut capital spending by a quarter as it seeks to safeguard its payout. Rival Royal Dutch Shell is pulling other levers, including fixing a new $12 billio credit facility with banks.

Although the survey from BGC found a majority of asset managers were accepting of cuts, just over 40 per cent said that healthy companies should maintain their dividend even if it was at the expense of other uses of cash, such as buybacks and capital expenditure.

It is a view echoed in part by Mirza Baig, global head of governance at Aviva Investors, the £356 billion UK asset manager. Companies that do want to maintain payouts, he argues, will need to be able to demonstrate that their balance sheet is “robust enough” to sustain them.

“We want companies to make responsible capital allocation decisions based on a prudent view of cash flows for an extended period of time,” he added.

But with swaths of the world’s biggest economies in lockdown and no certainty over when the virus will be tamed, decisions over whether to maintain dividends - even for currently robust companies - become more fraught.

According to research from broker Peel Hunt, there are 40 dividend payments that have recently happened or are due in coming weeks from FTSE 350 and Aim 100 companies. The utilities and oil and gas sectors account for the largest chunk.

What few dispute is that the wave of cuts, cancellations and suspensions will grow.

The dividend futures market, which is used to bet on the size of future payouts, is anticipating cuts across Europe of 60 per cent – almost double those during the financial crisis, according to Citigroup research cited by Argonaut Capital.

In the US, expectations for cuts from America’s biggest companies have leapt by a third in the past month, according to S&P 500 Dividend Futures market.

Even if shareholders’ pessimism over the prospect for dividends is deepening, Mr Thevoux-Chabuel of Comgest believes some companies have reduced dividends not because they need to, but because they believe it would be a “risk to their image” at a time of economic turmoil.

“We really want companies to be really clear about the reasons for cutting or maintaining the dividend,” said Mr Thevoux-Chabuel.

It is an increasingly hard task for companies around the world. – Copyright The Financial Times Limited 2020