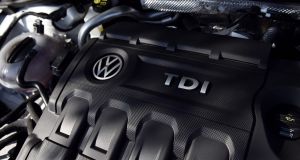 VW December deliveries, including its Audi and Porsche luxury brands, rose to 933,300 vehicles from 834,700 a year earlier

Despite the Dieselgate emissions scandal which has rocked Volkswagen, the German carmaker achieved record group sales in 2016 of 10.3 million vehicles, including a 12 per cent jump in December.

That figure should put VW ahead of Japanese rival Toyota as the world’s largest car producer by volume for the first time in five years.

VW faces a settlement with the US justice department and the Environmental Protection Agency which could cost as much as $4 billion (€3.78bn) to resolve civil and criminal investigations into the scandal, which could be announced as soon as Wednesday.

Despite those challenges, however, VW on Tuesday reported a strong finish to 2016. December deliveries, including its Audi and Porsche luxury brands, rose to 933,300 vehicles from 834,700 a year earlier, with double-digit gains in China and the United States offsetting declines in Germany and Brazil.