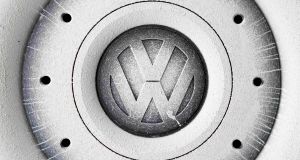 A federal judge in Detroit on Friday sentenced Volkswagen to three years’ probation over the German automaker’s diesel emissions scandal as part of a $4.3 billion settlement announced in January.

“This is a case of deliberate and massive fraud,” US district Judge Sean Cox said in approving the settlement that requires the automaker to make significant reforms. He also formally approved a $2.8 billion criminal fine as part of the sentence.

“This is a very serious and very troubling case involving an iconic automobile company,” Judge Cox added. “I just can’t believe VW is in the situation it finds itself in today.”

The September 2015 disclosure that VW intentionally cheated on emissions tests for at least six years led to the ousting of its chief executive, damaged the company’s reputation around the world and resulted in massive fines and pay-outs. The German automaker pleaded guilty in March to fraud, obstruction of justice and falsifying statements after admitting to installing secret software in 580,000 US vehicles. Speaking on behalf of Volkswagen, general counsel Manfred Doess said the company “deeply regrets the behaviour that gave rise to this case.

“Plain and simple, it was wrong,” Mr Doess said.

The plea agreement calls for “organisation probation,” which allows for the company to be overseen by an independent monitor for three years.

At the sentencing hearing, a federal prosecutor confirmed that the government plans to name former deputy US attorney general Larry Thompson to serve as the independent monitor.The court was told that Mr Thompson has assembled a team of experts, including some familiar with German law. He added that the US government “has a great deal of confidence that [Thompson] will ensure compliance with all the terms” of the plea agreement.

In total, VW has agreed to spend up to $25 billion in the United States to address claims from owners, environmental regulators, states and dealers and to make buy-back offers. (Reuters)