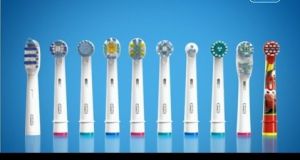 During the reporting period, Procter & Gamble recorded a mixed performance at its two Irish sites

Profits at the main Irish arm of Procter & Gamble slipped in 2016, a year in which the company passed on ownership of its Nenagh plant to Coty, which subsequently announced plans to close the facility with the loss of 250 jobs.

Newly filed accounts for Procter & Gamble (Manufacturing) Ireland Limited show it recorded a pretax profit of €11.7 million in the 12 months to the end of June, as against €12.4 million a year earlier.

Turnover at the consumer products group, which last year employed more than 600 people across facilities at Newbridge and Nenagh, rose slightly to €97.9 million from €96.7 million.

Procter & Gamble, whose portfolio includes Oral-B, Braun, Gillette and Olay, sold 43 of its beauty brands to Coty last October in a $12.9 billion (€12.13 billion) deal that saw the Nenagh plant being transferred to its rival. Just months after taking ownership of the facility, Coty announced the phased closure of the site as it transfers operations to the UK.

During the reporting period, Procter & Gamble recorded a mixed performance at its two Irish sites with production volumes rising 7 per cent at Newbridge, but falling by 3 per cent at Nenagh.

Employee-related costs rose to €46.2 million from €43.7 million last year despite staff numbers falling to 606 from 626.

Procter & Gamble, which closed its facility in Carlow in 2011 and sold it in 2015, also included a €185,000 charge related to that closure to its profit and loss account.

The company said in the months after the financial reporting review that it paid a cash contribution of €875,000 to HFC Prestige Manufacturing Ireland in exchange for the issuance of 875,000 shares. It subsequently passed on the assets and liabilities of its Nenagh Prestige Cosmetics business to HFC Prestige in return for 59 million shares.

Shortly after this, the company declared and distributed a €59.9 million dividend to its parent consisting of the entire share capital of HFC Prestige.