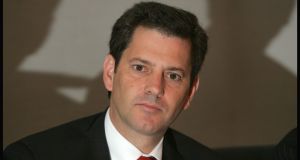 Cardboard box maker Smurfit Kappa Group (SKG) said on Tuesday its Italian unit has been fined €124 million as authorities in the country found that 50 paper and packaging groups had engaged in anti-competitive practices.

SKG said that it was “very disappointed” with the finding of the Italian Market Competitiveness Protection Authority (AGCM) “on many levels and will vigorously appeal this decision on both administrative and substantive grounds”.

The Italian authority raided the offices of Smurfit Kappa Italia in April 2017 as part of an investigation into alleged price-fixing across the paper and packaging industry.

The AGCM claimed at the time that there was evidence a number of vertically integrated corrugated cardboard manufacturers – including Smurfit Kappa, DS Smith, Pro-Gest, Laveggia, International Paper and others – co-ordinated sales policies of products in a series of at least eight meetings between 2015 and 2016.

The antitrust authority alleged that companies under investigation used an informal price list, going back to at least 2012, to apply the same sales prices on products offered to independent box makers.

The simultaneous movement by companies to their prices often occurred without any direct connection to rising raw material costs, according to an AGCM document in April 2017.

The €4.5 billion annual Italian corrugated containerboard market is continental Europe’s second-biggest, after Germany. Smurfit Kappa’s consolidated Italian sales amounted to almost €650 million in 2015, the largest player in the market, according to data contained in document.

“SKG is committed to the highest standards of conduct in its business and will not tolerate any actions that are inconsistent with its values,” said the company, which is led by chief executive Tony Surfit, on Tuesday, adding that it will book the fine as an exceptional charge in this year’s results, pending the outcome of an appeal.

A spokeswoman for AGCM told The Irish Times that its press statement on the matter was not ready to be published. The Italian authority had extended the timeframe of the investigation a number of times in the past two years.

The size of the Smurfit Kappa fine equates to 18.4 per cent of the €672 million net profit that the paper packaging group is expected by analysts to report for 2019 as a whole.

Smurfit Kappa reported last week that its earnings before interest, tax, depreciation and amortisation (ebitda) rose to €847 million in the first half of the year from €724 million for the same period in 2018, outpacing 4 per cent sales growth to €4.62 billion.

In Europe, ebitda increased by 17 per cent to €688 million, helped by a 2 per cent organic increase in the volume of boxes sold, higher pricing and acquisitions. During the first half, the group completed acquisitions in Serbia and Bulgaria, a further step in its southeastern European strategy.

Ebitda in the Americas gained 14 per cent to €179 million, with 85 per cent of the region’s earnings delivered by Colombia, Mexico and the United States with strong year-on-year performances in all three countries.

Smurfit Kappa said in February 2018 that it planned to spend €1.6 billion expanding its operations and buying rivals over the space of four years. Its largest deal of 2018 was its purchase of Dutch company Reparenco for €466 million.