Finance arms of Volkswagen, BMW, Daimler and Renault have evolved since bank crisis 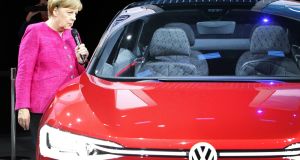 Europe’s largest car companies have more than doubled the amount of lending on their balance sheets since the financial crisis, with the growing use of auto credit in global car sales pushing their total exposure to borrowers to record highs.

Volkswagen, BMW, Daimler and Renault now have more than €400bn of global exposure to loans and leases as of the end of June, according to a Financial Times analysis of public company data - a figure comparable to the total assets of a large standalone bank such as Germany’s Commerzbank.

The rise reflects the critical importance of the companies’ finance arms, which help to support the sales of cars by providing attractive lending options to customers and intermediaries. Their role has also evolved since the financial crisis, when banks pulled back from lending.

In the US, car finance companies provide about a quarter of the $1 trillion market for car leases and loans, according to Jefferies, though the majority of their contribution comes in the form of leases rather than loans.

The combined global credit assets of the four companies has risen by more than 10 per cent every year for the past three full years, over a period in which the rate of growth of consumer credit for car purchases has emerged as a potential concern for policymakers in the UK and the US.

The overall rise is also likely to reflect entries into new geographies, and acquisitions, according to analysts, and includes dealer financing as well as lending and leases for car customers.

“The reality is the total exposure, and the total funding requirement as a result, has increased dramatically,” said George Galliers, a research analyst at Evercore ISI.

“More people are buying on finance - it’s because the financing is becoming more readily available and the products are more attractive to consumers.”

VW, which has more than €100bn of loans and leases on the balance sheet of its financial services department, excluding the US, Canada and Spain, is historically one of the largest issuers of corporate bonds in Europe.

Like many of its competitors, VW has also expanded its lending in China over recent years, where it has launched a series of securitisations backed by car loans and leases.

Credit losses on the loans remain low. Losses on BMW’s portfolio peaked at 0.84 per cent in 2009, according to company data, and have fallen since. In the first half this year, credit losses were equal to 0.31 per cent of the portfolio.