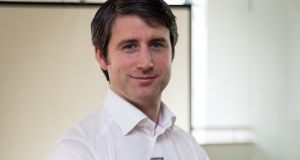 As you clean your teeth on sleepy autopilot, it’s unlikely that the sustainability of your toothbrush is uppermost in your mind. But it should be, according to entrepreneur Dylan Regan, the man behind the newly launched VirtueBrush “green” toothbrush.

“Most plastic toothbrush handles can’t be recycled. This is very troubling considering how many millions are discarded each month,” he says. “Plastic toothbrushes ultimately end up in landfill and clogging our seas and waterways, damaging delicate aquatic ecosystems.”

All very well, I hear you say, but what’s the alternative? According to Regan it’s Moso bamboo, and he has designed and is now selling a 100 per cent bamboo-handled toothbrush using the material.

“Moso bamboo has been recognised as a ‘plant of virtue’ for millennia,” he says. “It’s a type of grass with naturally antibacterial qualities that grows up to three feet per day and re-grows very quickly after harvesting. It dries out quickly and has a tensile strength that rivals steel.”

Regan first had the idea for the VirtueBrush when he was running a blog called greenliving.ie.

“When thinking about green living items in people’s homes, the plastic toothbrush kept jumping to the front of my mind,” he says. “A plastic handle somehow seemed sacrosanct. When I discovered that toothbrushes made with Moso bamboo were popular in countries like Australia, I realised there must be a gap in the market here for them. We are the only Irish company making a mainstream play for the bamboo-handled toothbrush market.”

Regan first registered the VirtueBrush name and then set about finding someone to make it for him.

“I eventually tracked down a 200-year-old company in China that grows its own bamboo and they are manufacturing the VirtueBrush,” he says. “We chose this name as we believe our customers appreciate that sustainability is a virtue.”

Regan set up VirtueBrush in May 2016 and says the likely customers for the product, which sells at €4.99, are those conscious of their environmental footprint. It has been on sale since July and is available on the company’s website.

Retail distribution will be rolled out over the next few months and the product is currently on sale in SuperValu in Churchtown in Dublin and in the Dublin-based Meaghers pharmacy chain.

The costs to date have been in the order of €5,000. The venture was crowdfunded as a result of Regan’s participation in the UK-run Virgin Media Business Voom in 2016.

“I applied for the start-up category for a socially conscious business and got into the top 10,” he says. “As part of that, you are encouraged to set up a crowdfunding page and I tweeted a lot and got funding from all over the world for my idea. This paid for the first consignment of brushes. VirtueBrush has European CE marking and the manufacturer we use is FDA-registered. VirtueBrush is also a registered trademark in all 28 EU countries.”

Apart from sales to individuals, Regan says the company has had a number of corporate gift orders, including one from Ecotourism Ireland and one from the University of Chicago.

He believes strongly in getting the sustainability message across to kids and he will be participating in the green schools event at the RDS in October.

“Unlike plastic, which is a danger to our food chain, bamboo is an environmentally strategic material for the 21st century with over 1,000 documented uses,” Regan says. “We have also started an initiative with Trees for the Future [which works around the Equator] to plant three trees per brush sold. We feel this is a positive visual representation of the good that people do when they refuse plastic and go with biodegradable and sustainable options.”