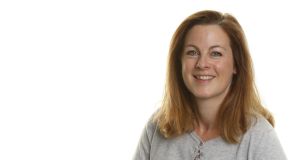 One in five children globally have eczema, including Nicola McDonnell’s little daughter, Sienna, who has suffered from it from birth. Eczema is a distressing condition regardless of age, but it is particularly hard on kids and a nightmare for the parents of tiny babies with the problem.

When McDonnell started looking at what products were available to make life more comfortable for Sienna she quickly discovered there were very few. This led to the creation of the Shruggi, the first in a planned range of products from her newly minted company, Itchy Little Monkeys.

“Eczema can be a very upsetting condition and there is no cure, so it’s all about maintenance,” McDonnell says. “We had a lot of sleepless nights with our daughter, as she was constantly scratching and causing real damage to her skin. I knew there must be so many parents going through the same thing – unrelenting itching at night and not knowing what condition their child’s skin was going to be in the next morning. There is also the constant risk of infection from the scratching.

“The Shruggi helps break the itch-scratch cycle, which is key. When kids are itchy they scratch. The more they scratch the itchier their skin becomes. It’s a vicious circle.”

The Shruggi is a soft mitten that enables full movement while allowing the skin to heal and thereby reduce the risk of scarring or infection. It can be worn over or under regular clothing day and night.

“It is especially ideal at bedtime or when travelling in the car when you may not be able to intervene quickly enough to stop your child from scratching,” McDonnell says.

The Shruggi is aimed at kids aged up to five years who have eczema but it will also work for children recovering from chickenpox or who have psoriasis, allergy rashes and other itchy skin conditions.

“The quality of the materials used to make the Shruggi is far superior to anything else we have been able to find in the marketplace,” McDonnell says. “It is made from premium-quality organic cotton and silk and the dyes used are, of course, kind to children’s skin. The Shruggi has been developed with the help of expert dermatologists and specialist dermatology nurses.”

The products are available online and through McCabes pharmacies, with more pharmacy chains due to come on stream over the next few months. A Shruggi costs €19.99. The approximate startup costs to date have been €40,000 and the company has received support from the Dún Laoghaire-Rathdown LEO and from DIT Hothouse through its Enterprise Ireland-supported New Frontiers programme.

McDonnell tried to source the manufacturing for the Shruggi in Ireland, the UK and the European Union before finally ending up with a producer in China.

“It was a challenge to get the manufacturing sorted, “ she says. “Eventually I got in touch with the Ireland-China Association and through them I found an Irish guy with a presence on the ground in China. He helped me source the best producer and ensured that they met ethical and quality standards.

“We managed to get the factory to make an initial order of 600 units. They were prepared to do this in the interests of building a long-term relationship and the expectation of a bigger order next time. The consultant took a percentage of the value of the order but I was happy with this, as his input was invaluable. We will be adding more products to our portfolio in 2017 to help kids with eczema, so watch this space.”