Think for yourself: how to stop outsourcing your brain function 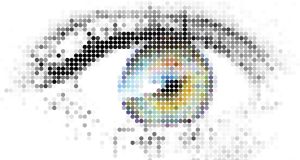 ‘We need to tap into each expert for an appropriate tile, look at the colouration, texture and shape of that tile and place it on our mosaic,’ says Harvard lecturer Vikram Mansharamani

Anyone who has ever faithfully followed a sat nav only to arrive at a dead end, rather than their intended destination, will relate to the downside of over-relying on technology to solve a problem. It’s part of a pervasive trend towards outsourcing brain function to seemingly higher forms of intelligence, be that human or machine.

Harvard University lecturer and global trend-watcher Vikram Mansharamani believes we have gone too far in this process, and that our data-flooded world has made us over-reliant on so-called experts. His book Think for Yourself: Restoring Common Sense in an Age of Experts and Artificial Intelligence is a clarion call to take back control and to harness the power of experts without subjugating yourself to them.

“We’re drowning in information and we are constantly being asked to make choices. We all believe that there is a perfect choice and that we can maximise the results of our choices. We have trouble doing that, so we run headlong into the arms of experts and technologies. We do it mindlessly and don’t realise that it is a problem. By outsourcing, we are giving up more control than we even realise,” he tells The Irish Times.

Mansharamani notes an accelerating trend towards outsourced thinking, fuelled by the use of deep analytics and artificial intelligence by big tech – which, he says, appears to want to be in the business of doing your thinking for you and, worse, getting you to act on those thoughts.

This is not generally in our interests, he notes, citing the growing incidence of surveillance capitalism, where companies can influence purchasing decisions, for example, and other inappropriate practices where rogue operators can meddle in election campaigns.

Big tech is not the only sector causing problems.

Consider the medical profession, he says, citing a hypothetical example of a patient attending a cardiologist. The medical expert notices that the patient’s cholesterol levels are high and, after warning the patient about the dangerous consequences of this, prescribes a statin, which successfully addresses this problem.

A year later, the patient visits an endocrinologist, who tells them that their blood sugar level is up, and they may be pre-diabetic. It turns out the statin has interacted with an enzyme and raised the patient’s insulin levels. The original objective – to lower the risk of the patient suffering a heart attack – had been nullified by the statin. The problem had not been considered “in the round”.

Sometimes it pays to question authority figures and not be intimidated by the ones in the white coats who make us wait in the waiting room because they are very busy and important.

US army chief of staff Gen Mark Milley, he says, advocates a practice he terms “disciplined disobedience”, noting that “a subordinate needs to understand that they have the freedom and they are empowered to disobey a specific order, a specified task, in order to accomplish the purpose”.

Mansharamani says we need to have “integrated thinking”, where we take inputs from a variety of sources but ultimately take decisions for ourselves.

“That requires the ability to look across the silos to integrate the thinking we need as managers and individuals.”

He quotes a colleague, Joseph Nye, former dean of the Harvard Kennedy School of Government – famous for developing the concept of soft power – who says that “if you want to know where people stand on an issue, look at where they sit”.

Specialisation, Mansharamani acknowledges, does have its rewards, with the professions encouraging deep expertise over more general knowledge in a wide range of sectors. Generalists don’t get the same kudos. But sometimes their more rounded perspective works to their advantage.

He quotes studies from Prof Philip Tetlock at the University of Pennsylvania, who has evaluated the performance of experts over non-experts in predicting outcomes in the political sphere. Non-experts, he found, outperformed experts in the accuracy of their predictions.

In advising corporate boards, I often recommend that they have a person whose job it is to play devil’s advocate

Another downside of being a specialist, Mansharamani observes, is that it promotes the practice of ignoring. With limited attention, an overallocation on one domain means insufficient attention on another. Researchers have confirmed, he says, that the more intensely we focus on one area, the more likely we are to ignore anything else that is not immediately relevant to the focus, a practice that is termed as inattentional blindness.

One possible consequence of this problem is groupthink, which can have devastating implications in a corporate context.

A lot has been written about the lack of diversity in the boardrooms of financial institutions in the run-up to the 2008 crash. Some have suggested, for example, that if there had been a better gender balance in these boardrooms, reckless and aggressive lending practices might have been questioned. Mansharamani goes further.

“In my work in advising corporate boards, I often recommend that they need to have a person whose job it is to play devil’s advocate. If everyone is saying ‘yes’ then this person needs to say ‘no’. We need to give them the resources and support such that they are able to generate a very convincing argument that ‘no’ is a viable alternative.

“Sometimes we need to embrace the naive question. It is good to have a set of fresh eyes that enable us to see things in new ways as opposed to always trusting people who have always come from that same narrow discipline. That creative spark can unveil a new way of thinking about the problem,” he concludes.

Triangulate your perspective: how to see the full picture

See it as others do Understand that every perspective is biased and incomplete. Imagine how workers, customers, suppliers or friends and relations might interpret your actions. Learn from those with different backgrounds.

Think deeper about the problem Many experts live in silos and develop a deep focus on their chosen domain without seeing the wider context. Value is often found in connecting the various expert insights.

Take a devil’s advocate approach Mansharamani advocates employing what he calls a “structural naysayer” to rigorously develop an argument that the decision you are going to pursue is wrong. Doing so provides the psychological safety to enable a robust discussion about the downsides of a big decision without the naysayer fearing punitive politics.

Consider the potential catastrophic effects of your decisions Conduct an exercise in prospective hindsight, a premortem analysis. Think how future commentators might describe the path that led to a bad outcome.

Think for Yourself: Restoring Common Sense in an Age of Experts and Artificial Intelligence, by Vikram Mansharamani, is published by Harvard Business Review Press