Shopify brushes off concerns to focus on helping firms get online 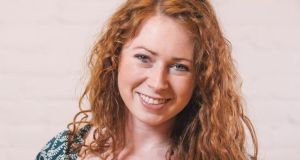 When news emerged of Adobe acquiring ecommerce platform Magento in a $1.68 billion deal (€1.4 billion) earlier this month, shares in Canadian rival Shopify slumped by as much as 5 per cent.

But if shareholders weren’t exactly thrilled by the news, the company’s employees claim to be taking it all in their stride.

“One of our superpowers as a company is that we don’t get distracted by this stuff,” said Lynsey Thornton, Dublin-born vice-president of user experience at Shopify on a visit back home.

“You’ve got a limited amount of time and if you spend it looking at what other companies are doing then that is time taken away from focusing on the problems you’re trying to solve,” the Rathgar-born techie added.

In fairness, you would hardly expect Thornton to say differently but she claims nonetheless that one of the company’s strengths is its ability to keep its eye on the prize.

“What differentiates us from our rivals is that we stay completely focused on the problems of the entrepreneurs that we are trying to help and don’t consider our competitors at all,” says Thornton.

The Dubliner, who moved to Canada in 2012 after spending a number of years working in user experience for Paddy Power in Ireland, has worked for Shopify for five years and now leads a UX team of more than 250 people.

Shopify, which primarily targets small and medium-sized businesses, has had a presence here for the last three years. It established a customer service operation in Galway, providing an initial 50 jobs for remote workers. It now has more than 250 Irish employees or “gurus” as the company insists on calling them.

Ottawa-headquartered Shopify, which raised more than $131 million when it went public in May 2015, allows companies to design, set up and manage their stores across multiple sales channels.

Overall, the cloud-based platform is used by 600,000 businesses in 175 countries, most of whom use it to sell physical product. While most of its customers are small, they also include a number of big names such as Red Bull, Nestlé and Tesla Motors as well.

The company currently employs 3,000 people worldwide, with that figure rising fast on the back of a spurt in internationally-derived revenues.

While it may be optimistic about its growth prospects, the company has also come in for plenty of criticism in recent years.

Shares in the company fell 12 per cent on one day in early October after Citron Research said it was shorting the stock, alleging its rapid user growth was based off customers who would never become sustainable businesses.

In a tweet, video rebuke and post on his website, Citron founder Andrew Left called Shopify a “get-rich-quick” scheme and “dirtier” than Herbalife Ltd, which has been targeted by regulators for deceptive business practices.

The company also faced criticism early last year after it allowed the far-right website Breibart News to continue to use the platform to sell merchandise.

As with the Adobe deal for Magento, Thornton is reluctant to discuss such matters, preferring to stick to the script instead.

According to the Dubliner there are a couple of thousand businesses in Ireland currently using Shopify, most of which are relatively small players such as Chupi, Schoolbooks and Designist. Thornton says Irish businesses using the platform are all seeing big gains.

“Irish companies on Shopify have achieved 55 per cent growth in the last year alone with those merchants also making more money than before,” she says.

Shopify claims to take away all the grief associated with getting up and running online so that companies can focus on growing their business rather than trying to navigate code. The company was established by Tobi Lutke in 2004 after he realised it was near impossible to find easy-to-use tools to build an online store.

It provides a platform that lets entrepreneurs sell to customers in many different places, be that through an online store that is completely branded as their own, via third parties such as Facebook and Instagram, or even through its point-of-sale retail offering,” adds Thornton.

“We help remove shackles to that merchants can focus on their core business,” says Thornton of the company.

“Ten years ago it would have cost you a six-figure sum to get a website up and running unless you were a developer. We can offer software that would even today cost thousands that enables companies both to get started and to scale, for just $29 a month,” she adds.

As well as providing tools to help companies get started online, Shopify also helps them to build their brands by assessing how much in the way of marketing dollars they should allocate, and in assisting them to work their customer data well.

“It is very difficult for companies to build sustainable businesses when they don’t own the customer. We’re focused on helping our merchants use their data successfully, something which has historically been difficult for many of them,” says Thornton.

Shopify, which reported $580.9 million in revenues last year, recently rolled out a number of local language versions of its platform as it looks to cash in on growth in international markets.

Much of that growth is fuelled by mobile users, with a sharp increase in the number of businesses who have used the Shopify app only to commence selling online.

The company says given the rapid growth it is experiencing, there is a strong chance of additional jobs coming on stream in Ireland in areas outside of just customer support.

“We are resolutely remote working through choice and this has given us an element of scalability that probably wouldn’t have existed in the business otherwise. If we were a bricks-and-mortar play it would bring a level of complexity that would make it considerably harder to grow,” he adds.