Irish tech will shape the future of Jaguar and Land Rover 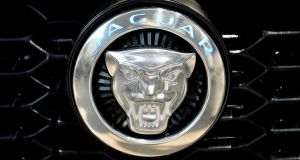 The Shannon centre’s 150 employees will have an influence over the future of Jaguar and Land Rover quite out of proportion to its size in the 43,000-strong global employee roster

Dr Ralf Speth makes most busy people look lazy. Just off a long flight from India, he had stopped off in Shannon to see the progress at the Jaguar Land Rover (JLR) new technology and research centre in the Co Clare town, before rushing to Dublin for the opening of the multimillion euro JLR showroom just opened by Spirit Motors in Sandyford.

Yet Dr Speth, JLR’s chief executive, looks fresh and unflustered as he sits down and enthuses to The Irish Times about just what a huge influence the Shannon operation will have on these iconic British brands.

“You have a very good education system, you have very special people, people with this kind of dedication, this kind of passion, so it’s very interesting to be here. Then there’s the hospitality of the people, the friendliness, but it’s not just about that. These young and passionate people, who are interested in changing mobility, that’s what makes it the right place to be,” says Speth.

He wants Shannon to become JLR’s centre of excellence when it comes to both electric cars, and further down the track, to autonomous cars. The centre’s eventual 150 employees will therefore have an influence over the future of Jaguar and Land Rover quite out of proportion to its size in the 43,000-strong global employee roster.

“So the future of mobility will be electric, will depend more and more on electric and infrastructure talking to each other. And we will do all this in Ireland, ” says Speth. “And it can create something very special. Think about it. The people who are working here are experts in electrical and electronic architectures, but also in autonomous. Being an island can be a disadvantage sometimes, but it can also be a huge advantage.

“Especially if you think about the future of our business, which is about electrification, and autonomy, and connectivity. If you have an opportunity where you have an isolated island, you can change the way of mobility in an advanced way. There are a lot of ideas you can create here, you can demonstrate here, you can shape here, both in public transport and in private cars. There’s so much you can do here.”

That future could be further down the line than is commonly assumed, though. Although autonomous technology is a current headline grabber, Dr Speth feels there’s a major hurdle to get over before we can all go autonomous - electric power. “Autonomy from my point of view has to be built on electrification, because the internal combustion engine doesn’t react fast enough to run it autonomously. From my point of view, autonomy is still too dangerous.”

“We have to do a lot of safety features, cybersecurity, and develop all of that far more than it is today. So for now we can talk about increasing assistance, driver assistance, but we don’t have the real ideal autonomous technology yet. And from my point of view, we want to keep a steering wheel. Because sometimes, we want to make sure that we still can have fun. Therefore we will have these sorts of vehicles for many generations to come.”

Dr Speth says petrol and diesel will still play a major role in our lives for quite some time to come. “Assuming you will get between 20-40 per cent electrification in the fleet, not evening defining the degree of electrification, when you turn that figure around, you see that the rest is covered by the internal combustion engine,” he says. “Maybe with a hybrid, but even so that’s not the ideal basis for autonomy. So let’s start with the electrification of the vehicle first, such as with the I-Pace, and we’re the first premium car company to offer this kind of vehicle, with a very special package. So although we’re a small company, we’re very advanced, and I have to say that it’s fun to do it.”

He also thinks that the debate surrounding diesel, petrol, electrification and air quality has become far too emotional, and that we need to get back to the facts so that the best decisions can be made. “I am convinced, absolutely, that we will continue to have internal combustion engines in mobility for many years to come. Look at trucks and heavy goods vehicles, which will still need diesel engines for many generations. If you compare today modern Euro6+ diesel engines, with a petrol engine, I think that the diesel is still a very good engine. So my plea is to know the facts and figures, and that we go away from an emotional discussion and back to a discussion based on scientific fact, that we compare the pluses and minuses in a neutral way and then decide what we want to have.

“You know that the diesel engine still has advantages in Co2, so overall I think that in the future, a modern diesel engine is still a very innovative, very good product, helping by the way to reduce overall fuel consumption, but also helping in the fight against Co2 emissions. So that helps both nations to meet their Paris and Kyoto obligations, and also the carmakers to fulfil the regulations from Brussels” says Dr Speth, who also rails against the apparent short-sightedness of the UK authorities and their approach to diesel. “The UK is taxing the new diesel technology, and in principle that means that older cars will be kept for longer, which will increase pollution. And then they will have to pay more fines. I don’t understand it.”

“Whether you want to create a network for electric cars, or for hydrogen cars, that takes investment, and it’s all about the society we want to create. What’s right for society, what’s right for the environment, is in principle the best investment of the society, the government, and the carmaker. So the decision was made to go electric. But it’s also the issue that maybe tomorrow there will be a new Einstein who changes the technology, and then this judgment might have to change, but it’s quite clear from a scientific point of view that electric is where we’re moving towards.”

Of more immediate concern are Jaguar and Land Rover’s sales. For the year to the end of March 2018, the company actually set a new sales record of 614,309 vehicles globally, with a 6 per cent growth in revenue. Sales in the company’s traditional heartlands of the UK and Europe fell, though, by 12.8 per cent and 5.3 per cent respectively. “I’m very much concerned about it,” says Speth. “For us the UK is the home market, it’s something of importance. Other companies just see it as a small island, where you can sell some cars, so for these guys it’s not important. But if you look at the UK market, you can see it’s fallen back by 15 per cent, year on year, that diesel sales are back by 40-60 per cent, so our home market is having its problems.”

In spite of this, Speth denies that international investments, such as Shannon, such as new factories in Slovakia and Brazil, are an attempt to hedge against any effects of Brexit. “It’s nothing to do with Brexit. We have made these decisions quite a while ago, and it’s more about bringing the cars closer to the customers, so it’s necessary. It’s not about going out of the UK. It will always be the heart and soul of our brands, so we want to have more balance between the UK and the international operations.”

Irish sales have not done so well either. Land Rover’s sales so far this year fell fractionally by 0.15 per cent, but Jaguar’s sales will be more of a concern – down by 18.3 per cent this year, in spite of the introduction of the new E-Pace crossover. Presumably, someone sees more potential in both brands, given the investment in the new Spirit dealership.

Dr Speth, though, points out how far Jaguar and Land Rover have come in the decade since the company was bought from Ford by Indian conglomerate Tata. “In this 10 years, back in 2008 the economy was going up when he bought it, but then we fell into what was the worts recession in all of our memories. We had a really difficult time. In 2008 we sold 195,000 units, now we’re selling more than 600,000, so it’s not bad. We increased turnover by five times, we increased the workforce by three times to more than 43,000 people, more than 12,000 engineers, and we’ve done all that because we have the support of Ratan Tata. The man is a true visionary. Ratan Tata saw the power of the people in the brands, so he gave us the opportunity to overinvest at first, in mid- and long-term projects, so that we could build our brands. So he gave us that freedom, and we value it very much. We got to produce the vehicles we want to have, the vehicles we want to drive ourselves.”

In the future, those cars could be the vehicles that a team of 150 Irish engineers and technicians want to drive.