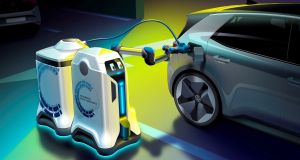 According to second-hand sales site Carzone, some 25 per cent of Irish buyers say ‘fear of the unknown’ is holding them back from buying an electric car

Irish buyers are still more likely to buy a diesel-engined car than any other type. That’s according to an AA Insurance survey which questioned 8,000 Irish car buyers on their plans for 2020. As we enter a new decade, diesel – in spite of its spectacular fall from grace since 2015 – is still tops with Irish car buyers, with 38 per cent of those who said that they plant to buy a new car in 2020 saying that diesel is uppermost in their mind.

Even if the figures play out, and would therefore see dramatic increases in the numbers of electric and hybrid cars sold, the AA says that rapid and decisive action is needed from the Government if electric car sales are to rise.

“While some assistance is available to those looking to purchase an electric vehicle (EV), the last two budgets have failed to deliver anything substantive which would make a would-be purchaser more likely to opt for an EV than a petrol or diesel-powered car. The openness to hybrid vehicles does show that consumers are aware and concerned about the impact of their transport on CO2 emissions, but we then see a noticeable drop-off in those who say they are willing to consider a fully electric car,” Conor Faughnan, the AA’s director of consumer affairs stated. “Effective range between charges and cost have always been highlighted by motorists as their main concern when electric vehicles are concerned, and not enough is being done by Government to help offset the upfront expense of an electric vehicle. It should be a priority for Government to ensure that new cars entering the market are as clean as possible. While both petrol and diesel cars today are certainly cleaner than previous generations, we should still be doing more to encourage people towards cleaner solutions such as fully electric technology through additional financial incentives.”

The mobile charging robot will spark a revolution when it comes to charging in different parking facilities,

The most recent report on the thinking of the Irish car buyer by second-hand sales site Carzone revealed that while two-thirds of people say that they will consider buying an electric or hybrid car “in the near future”, a worrying one in 10 of those people don’t know the difference between a hybrid car and a fully electric one. A further 40 per cent don’t know where their nearest electric car charging point is. Some 25 per cent of Irish buyers say that “fear of the unknown” is holding them back from buying an electric car.

Perhaps Volkswagen has a (potential) salve for some of those unknowns. VW has said it is developing a robot that can circulate in car parks, towing a battery charger behind it. No, seriously. The idea is, in theory, that when you park up your electric car to go shopping or eating, you can, via a phone app, call up the battery butler who will go and find your car, and plug in a 25kWh battery, which can quick-charge your car at speeds of up to 50kW (equivalent to the current ESB public fast-chargers).

“The mobile charging robot will spark a revolution when it comes to charging in different parking facilities, such as multistorey car parks, parking spaces and underground car parks because we bring the charging infrastructure to the car and not the other way around. With this, we are making almost every car park electric, without any complex individual infrastructural measures” said Mark Möller, head of development at Volkswagen Group Components.

On a more realistic level, the UK government will this year roll out trials of wireless charging pads embedded in parking spaces. The initial trials, carried out by firm Connected Kerb, will allow those drivers of compatible vehicles (which are rather thin on the ground right now) to charge simply by parking over an inductive plate, with no wires nor cables needed. No plans, for inductive charging or helpful robots, have yet been announced for Ireland.

Brianna Parkins: Being Australian means knowing the land you love could kill you
Real news has value SUBSCRIBE