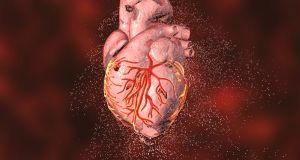 The company was founded in 2014 by Yaacov Nitzan in Israel but is now headquartered in Galway. It is led by Eamon Brady, who formerly co-founded Irish stroke care company Neuravi, which was acquired by Johnson & Johnson in a multimillion euro deal last year.

Mr Brady also previously co-founded and led MedNova, another Galway-based medical devices company that was acquired by Abbot in 2005.

ADHF is a sudden worsening of the signs and symptoms of heart failure that results in millions of hospitalisations worldwide each year, including nearly two million in the United States alone. Patients with ADHF require treatment to remove excess fluid however, complete decongestion is difficult to achieve with current treatments. WhiteSwell’s technology however targets removal of excess fluid in the interstitial, rather than from the vascular system.

The Series B funding round for the company was led by RA Capital Management and InCube Ventures with participation from a number of other investors.

WhiteSwell said the funding would be used to support product development and for clinical studies into the effectiveness of the company’s solution, which has yet to receive regulatory approval.

“WhiteSwell was founded on insights that arose from our team’s research on the complex fluid dynamics of heart failure patients, leading to the company’s innovative leap in treatment strategy,” said Mr Brady.

“This financing is an important milestone that will enable us to tackle an enormous clinical problem that affects millions of families,” he added.