Can businesses in the future afford to be without the gift of the gab?

A wave of voice-managed software applications may be coming our way. Rather than poking and prodding a dirty screen, you simply speak and ask 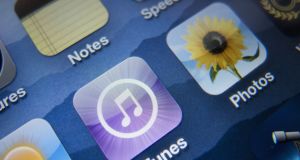 Are apps antiquated? Isn’t it a pain to have to search for an app and then have to wait for it to download onto your device? Isn’t it frustrating to have to configure a new app and to have to tell it what options you want? Isn’t so dumb to receive tens of notifications every week about various apps on your device each needing yet another refresh download?

The first apps were launched in July 2008 by Apple for its iPhone, which had been released a year earlier. The Apple app store became an online catalogue of apps developed by independent developers. There have been well over 100 billion downloads to date, and more than 2 million individual apps published at the app store. Google Android devices followed later in 2008, along with the Google Play rival to the Apple app store.

Before the app model businesses reached their online consumers via their website. The first website (at CERN, Geneva) was launched in 1991. The first commercial website was launched in 1993 by O’Reilly Associates, a publisher. The dot.com bubble of the late 1990s drove the explosion in the commercial use of the web. Firms worldwide rushed to create their websites, in part because of a fear that their competitors would otherwise take a share of the global online market.

A website has to work with the vagaries of the vast range of desktop, laptop and mobile devices available to consumers worldwide. Each time a consumer connects, a website has to discern the nature of the consumer device being used: for example the quality of the graphics hardware, whether a mouse attachment or touch screen is available, and whether audio can be played.

By contrast, the app model considerably simplifies the task for web developers since all the hardware characteristics of the consumer’s device are known in advance: an app runs on a smart device, with a high-quality touch screen, audio input and output, one or more cameras, and so on.

However, the most important difference between writing good website software and writing a good app is that while a website runs on a web server machine remote across the internet from the consumer device, an app runs directly on the computer embedded in the smart device. In general an app can thus be more responsive since latency over poor quality internet connections can be avoided.

The move to apps was great news for developers, but arguably frustrating news for business owners. Having already invested heavily during the dot.com boom to first understand the internet opportunity, and then to build and promote a website, suddenly a further fresh wave of investment was needed not only to have a website but also to have an app.

Keeping the content and services available on the website and app mutually consistent became a further financial commitment. Some have argued that the era of the website is now over, and thus that it makes sense to only invest in the app model – not least because personal smart devices are much more convenient than laptop and desktop machines.

But the days of the app may also be numbered. The app model suffers from various inconveniences and is beginning to seem – well frankly, so millennial. Poking and prodding at a greasy glass screen, consuming broadband data allowances simply to keep your app collection up to date, trying to even find the right app, seems so old-school.

Rather than poking and prodding a dirty screen, you simply speak and ask. Rather than downloading and continually updating an app, you simply request the assistant to connect you to a service. Rather than searching a store looking for apps, you simply chat to the assistant about what services it has available. Each service may be offered by an independent company or developer, and you interact with it using your natural speech.

Millennials use apps. Generation Zs and Generation Alphas may well instead just gab away.

Business owners may soon have to make a decision on whether to continue investing in their website as well as continuing to invest in their commercial apps, but also whether to start investing in a voice-activated and managed commercial service, made available to the public through a computer personal assistant.

If a consumer asks a personal assistant “hey, any good burger restaurants near me and which of them has the shortest queue at the moment?” or “hey, I’m looking for a mid-size second-hand SUV under €20K, what’s available within 20km from home?” or “where’s the best place to find some Malone Soulier [fashion shoes]?”, then as a commercial business owner do you want to risk having your competitor being the voice-activated service which a personal assistant recommends in response to the consumer?