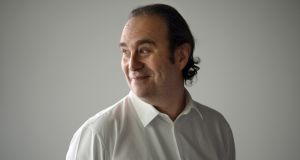 Once a prolific car thief who did time in prison, Tally Fofana now has a billionaire’s backing as he seeks to turn knowledge gained from his criminal past into a vehicle anti-theft device.

Fofana, 39, is just one of the unconventional rookie entrepreneurs Xavier Niel, the founder of phone company Iliad, has made a habit of supporting. People who, in fact, are a lot like Niel himself when he first started out.

It’s these kinds of people who need to succeed for president Emmanuel Macron to convince voters that his plan for a more dynamic “startup nation” is working and reverse tumbling popularity ratings. French politics and business are still dominated by a narrow elite that graduated from a handful of prestigious universities.

Niel, 51, was once a teenage programming whizz who set up electronic sex-chats on France’s proto-internet Minitel service. He later invested in sex shops and had a run-in with the law. The big money started rolling in when he launched a set-top box for home internet, TV and phone calls that undercut France’s established telecom companies.

Today he is partner to luxury goods executive Delphine Arnault (daughter of France’s richest man, Bernard Arnault), co-owns newspaper Le Monde and backed Macron’s presidential bid. Niel has a net worth of $5.2 billion according to the Bloomberg Billionaires Index.

Though he cuts his hair a little shorter now and has started wearing suits to investor roadshows, he still sees himself as the nonconformist’s champion.

Niel set up tuition-free coding schools in Paris and Silicon Valley and has poured €250 million euros into a startup campus – Station F – which opened last year in a cavernous former rail depot in the French capital. Fofana’s car security expertise won him a place on Station F’s Founders program for budding entrepreneurs and he’s now in fundraising talks with potential investors.

Niel says France will generate 10 companies with valuations above $1 billion in the next three years or so.

Opened a chain of opticians even though he didn’t have a high school diploma and knew nothing about selling glasses. Morlet trained as an electrician while working at state rail operator SNCF. Lunettes Pour Tous (Glasses For Everyone) is now a profitable business with more than €20 million in revenue last year and eight stores across France. “If Morlet had been an optician for 10 years, it would have been much more difficult to re-invent that market,” says Niel.

Niel lent Klaba the money to set up data centers to rival Amazon. com in Roubaix, one of the poorest cities in France’s post-industrial north. Klaba’s OVH Groupe SAS was valued above $1 billion in its latest fundraising round and is expanding to the US Niel says: “When I met Octave, he was carrying servers around in a van and literally sleeping on the floor in front of his machines.”

Runs a portfolio of Niel’s startup investments worth several hundred million euros. A self-described “troublemaker” at school who scraped through university and drifted between low-paid jobs and waiting on tables in his dad’s restaurant. Niel reads over Rochebrochard’s investment briefs several times a week and usually gives them the green light. One of those was Zenly, in which Niel invested around €4 million euros and was sold to Snap for $200 million last year.