New Innovator: Juspy was developed as a postnatal recovery drink for new mums 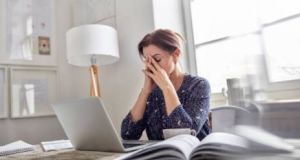 Pulling the plug on an idea that isn’t working is one of the toughest decisions any entrepreneur will make. However, if the original concept is sound, it may still succeed with a tweak as Leonie Lynch, founder of Juspy functional foods, discovered.

In 2018, Lynch launched a readymade postnatal recovery drink for new mothers and women on the go. A year later, she reluctantly took it off the shelves as manufacturing and other challenges began to mount up.

Twelve months on, Lynch is back with a new product that retains a similar nutritional profile to her original product but now comes as a powder rather than a drink. She has also adjusted her target market: Juspy’s cacao and collagen powder blend is aimed at anyone looking for an energy boosting drink to get them through the day.

The problem with the original idea was the delivery method not the product, so Lynch went back to the drawing board and spent a year reworking the formula. Her company’s new product has just been launched on the Irish market and, while Lynch expects most of her customers to be health-conscious females aged between 30 and 50, she says the product is suitable for anyone who experiences energy slumps in the afternoon, doesn’t eat breakfast or is in search of a guilt-free chocolate hit.

She says there were significant challenges with the original product, including its short shelf life, single-use plastic and costly chilled supply-chain distribution. She also struggled to find a contract manufacturer even with the help of organisations such as Bord Bia and Teagasc.

Whatever way she turned, costs were rising and the scale of the investment required to move forward was significant.

“One of the aims with Juspy was to build a global brand and that was clearly not going to happen with an FMCG [fast-moving consumer good] product without a huge team and a lot of money,” she says. “The alternative was to take our existing recipe and turn it from a liquid with a 40-day shelf life into a long-life powder. This involved changes, such as switching coconut milk for powder, and we also added plant protein and the medicinal herb ashwaganda.”

Lynch says the commercial advantages of the pivot are considerable and include a higher margin and easy worldwide shipping.

“It’s heartbreaking to let go of an idea when you’ve given it everything you’ve got for so long, but I was exhausted, fast running out of money and the whole distribution process was a nightmare,” says Lynch, a movement coach, who came up with the idea for Juspy in 2014 following the birth of her first baby. At the time, she was feeling exhausted and “in need of something nutritious, absolutely delicious and supereasy to prepare, only to find it was not out there”.

It cost in the order of €100,000 to develop the original product and about €25,000 to complete the pivot. The money came from founder equity, CSF funding from Enterprise Ireland and support from Limerick LEO.

Juspy is made in Ireland and Lynch will be moving largely to online sales with the powder. The product costs just under €30 for 480g which makes 12 servings mixed with a milk of choice. Juspy Childish, a version for youngsters, will be launched next year.

“Our combination of ingredients is unique. It’s not a protein powder, it’s not a collagen supplement and it’s not a meal replacement – it crosses all of these categories and satisfies the heart, the head and the gut all at the same time. It keeps you fuller for longer, satisfies chocolate and sugar cravings and gives you the energy you need to get through the day,” Lynch says.