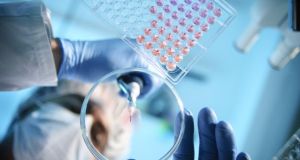 The drug-development group Venn Life Sciences says its earnings have improved despite a fall in revenue. The Irish company, which is listed on the junior markets in Dublin and London, has refocused its strategy in the past year.

In a trading update, Venn said revenue fell from €18.2 million to €17.8 million but earnings before interest, tax, depreciation and amortisation were up from 2016’s €400,000; it didn’t provide a specific figure. “Given the headwind from project deferrals announced at the half year, the board believes that this outcome reflects solid progress in the business,” the company said in a statement.

The company considers 2017 to have been a year of transition as it invested significantly to allow it to target “higher value customer markets”. “Improved future profitability will therefore be delivered primarily through more aggressive revenue growth and efficient project execution, which we believe Venn now has the systems and infrastructure to deliver.”