Samsung teams up with Takeda to enter original drugs market 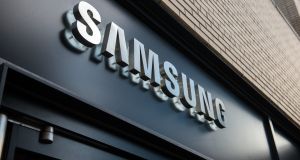 Samsung has announced it is to start producing original prescription drugs, heralding its shift into a risky but potentially lucrative business area.

The conglomerate’s biopharmaceutical affiliate Samsung Bioepis said yesterday that it would join forces with Japan’s Takeda Pharmaceutical to develop drugs in “unmet disease areas”, starting with a treatment for acute pancreatitis.

Launched in 2012, the Samsung affiliate has until now focused on creating biosimilars – discounted near-replicas of biological medicines that have lost market exclusivity after their patents have expired.

The tie-up with Takeda signals the South Korean company is proceeding with a shift into novel biologic drugs. Samsung declined to reveal details of the “risk-sharing partnership”.

Analysts greeted the move positively. “With today’s deal, we can finally see that [Samsung] are moving forward in developing new drugs, which they have neglected until now,” said Um Yeo-jin, of Shinyoung Securities. “[But] the deal is just the first step – a way for Samsung to show something, that its plans are becoming more specific.”

Given technical, regulatory and legal hurdles, developing novel drugs is a fraught and expensive process, with studies suggesting that only one in 10 passes from clinical trials to government approval.

However, the potential is huge. Research group Evaluate Pharma expects prescription drugs sales globally to rise at 6.5 per cent a year and to be worth $1.06 trillion by 2022.

Similarly, the global market for biologic therapeutic drugs – which are harvesed from living cells as opposed to chemically synthesised – is expected to reach $386.7 billion by the beginning of 2020, according to BCC Research.

Samsung Bioepis said it was “confident” of the market for biologics and biosimilars in the next five years.

“Entering this space has been a goal since day one, and at this stage of our company’s development, we believe this is the next logical step,” it said.

The company added it would continue searching for similar “co-development opportunities”.

The initial focus on pancreatitis will suit Takeda, which has highlighted gastrointestinal treatments as one of its key areas of focus along with cancer and neurological therapies.

Takeda is Japan’s largest pharmaceutical company by revenue, but its net profit for the June quarter was a little more than half that of rival Astellas.

It has also failed to produce a blockbuster in-house product for almost two decades. “Takeda is struggling with the productivity of their research and drug discovery. Their pipeline is completely dry, particularly for late-stage products,” said Atsushi Seki, a pharmaceuticals analyst at UBS in Tokyo.

“Samsung Bioepis must have the technology to develop new drugs, so that’s why Takeda would have chosen them,” said Kang Yang-koo, an analyst with HMC Investment Securities.

Mr Kang estimates it will take at least three or four years for the pancreatitis drug to reach the market. Mr Seki said that sort of timeline meant the Samsung Bioepis partnership would be part of Takeda’s long-term strategy.