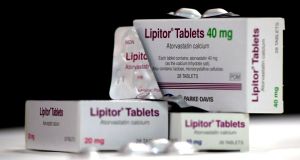 The Irish Pharmaceutical Healthcare Association says the Government accepts that its medicines bill has been “relatively stable” at about €1.7 billion for the past five years. Photograph: Cyril Byrne

Prices across 750 medicines have fallen in a move that will save the Government €15 million on its drugs budget, according to the industry body Ipha.

The cuts come about as part of an annual review of prices in a basket of 14 countries, including Ireland.

The Irish Pharmaceutical Healthcare Association (Ipha), which represents the major drug development companies says the price cuts show it is delivering savings under a Drug Pricing Agreement signed in 2016. The accord is expected to deliver accumulated savings of €785 million by July 2020.

However, the pharma industry says Ireland continues to trail other European countries in providing early access to new innovative medicines. It has called on Government to increase exchequer funding for medicines to take account of an aging population and the arrival of a new modern generation of therapies.

Ipha says the Government accepts that its medicines bill has been “relatively stable” at about €1.7 billion for the past five years, even though the amount of medicines prescribed has risen noticeably.

He said Ireland was currently among the slowest in western Europe in making new medicines available to patients.

Ipha says an analysis of all products on the Health Service Executive’s Primary Care Reimbursement Service list shows that medicines prices are already relatively low. “Over 4,000 products, or 61 per cent, are under €20 per pack,” the group said. “Just 698 products, or 11 per cent, are priced over €100 per pack.”

Medicines for Ireland, a body that represents the generics sector – providing cheaper copies of drugs that have come off patent – is also unhappy. It warned on Monday that shortages in certain medicines that are already impacting the Irish market would only get worse under Brexit.

“Many generic medicines are now priced so low as to render them unattractive to global suppliers, who direct these products away from Ireland to higher priced markets,” said Owen McKeon, chairman of the industry group and country manager for Mylan.

“Ireland has now reached a tipping point whereby the price of some generic medicines has fallen to such an extent that often a month’s supply can cost less than a bar of chocolate,” he said.

The group says that more than 120 medicines are currently out of stock, covering conditions including asthma, thyroid conditions, oral contraception, angina and schizophrenia.

And that could get worse post-Brexit. At present, Ireland can “batch share” with the UK. That makes the delivery of small volumes to the Irish market economic but it might no longer be allowed by the medicines regulator after Brexit.

Number of people in hospital with Covid-19 drops to 597