EY Entrepreneur of the Year finalist Peter Keeling of Diaceutics 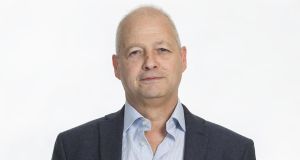 Diaceutics founder Peter Keeling: “The worst advice I received was to create a large board of very senior pharmaceutical people.”

When Peter Keeling presented his vision for drug development and patient care to 50 people at a conference in Miami 13 years ago, only seven were left in the room by the end.

However, two pharmaceutical companies liked what they heard and Keeling’s belief that the industry could be transformed if pharma companies had a better understanding of the value of patient testing to enable patients to get the right medicine took off.

With more than 30 years’ experience in the industry, Keeling founded a single technology diagnostics company, which he ultimately had to close.

After that, he established Diaceutics, which now enables pharmaceutical companies to better integrate diagnostic testing into patient treatment pathways.

Based in Dundalk, Co Louth, Diaceutics also has offices in Belfast and New Jersey and has grown significantly since its inception 13 years ago. The organisation has given more than half a million patients with life-threatening diseases the best chance of getting better by ensuring they’re tested correctly.

Some 31 of the top 35 pharma companies are now clients, including GSK and AstraZeneca.

In the last 12 months Diaceutics has entered new markets, including Israel and Jordan, and is aiming to grow its headcount from 72 to 100 by the end of this year.

What vision/light-bulb moment prompted you to start-up in business?

It was triggered by a piece of applied industrial research I did when I was at Massachusetts Institute of Technology in 1995. I was exploring what constituted future disruption to the way healthcare is delivered. One of those disruptions was the better use of diagnostics to radically improve patient treatment outcomes.

Diaceutics is my second company, born out of another diagnostics organisation, one that was technology-centred as opposed to solutions-centred. I ran that company for seven years and raised $13 million of venture capital, but the business model wasn’t radical enough to attract the investment needed. Ultimately I had to let it go, but it helped me create a stronger company with a more ambitious vision.

Winning the very first projects with GSK and AstraZeneca. To convince a pharmaceutical company, which considered diagnostics as peripheral to its business model, that diagnostics would improve the number of patients getting appropriate access to treatment and deliver an adequate return on investment was key. We thought if we could show these two major players the potential, we could win over 30 of the top 40 companies, which is what we’ve done.

The worst advice I received was to create a large board of very senior pharmaceutical people. There’s nothing inherently wrong with that, but for an entrepreneurial business it’s more important to create a board of relevant people with experience building up small companies.

Making the decision to shut down my first company. You can’t help but feel you’ve let down those who have followed you, believed in your vision and invested time in the business. That’s very sobering in terms of your responsibilities as an entrepreneur.

My advice would be to develop programmes that allow everyday people to take calculated risks and, if they fail, allow them to go back and pick up where they left off. For example, enable and support a teacher who wants to start their own business, and if they fail, they can get their old teaching job back.