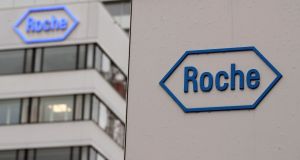 Swiss drugmaker Roche is to spend $2.4 billion (€2 billion) buying out remaining shareholders in Foundation Medicine, a US molecular and genomic analysis company in which it took a controlling stake three years ago.

The deal, announced on Tuesday, aims to strengthen Roche’s development of personalised cancer therapies as the Swiss group looks for new growth areas to compensate for the loss of exclusivity on long-time blockbuster drugs.

Roche has been more exposed than rivals to a wave of copycat drugs, including cancer treatments, which has put pressure on its profitability.

The Swiss group’s share price has fallen more than 17 per cent over the past year, but despite weak global financial markets it had risen 0.5 per cent by late afternoon European trading on Tuesday.

Foundation, which reported a net loss of $161 million on revenues of $153 million in 2017, won US Food and Drug Administration approval last year for a broad comprehensive genomic profiling test for solid tumours. – Copyright 2018 The Financial Times Ltd

1 Britain after Brexit will not be alone, but it will be lonelier
2 Election 2020: Parties' pledges on housing simply don’t add up
3 Explainer: what is the row about SF’s multinational tax plan?
4 737 Max crisis drags Boeing to first loss since 1997
5 EU eyes phasing out smallest euro cent coins
6 Getting out from under ‘never-ending’ Celtic Tiger debt burden
7 Pensions: Estonia plans to unleash a potential €4.85bn on economy
8 Coronavirus shuts down Starbucks, Toyota and BA
9 BBC announces 450 jobs will go in newsroom shake-up
10 Banks withdrawing from ATMs – another failure of regulation
Real news has value SUBSCRIBE