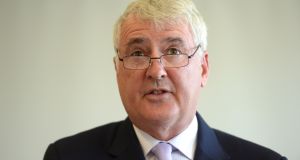 Malin has recently had a board and management overhaul and is now headed by Ian Curley. Photograph: Dara Mac Donaill

Life sciences investment firm Malin Corporation, which has seen its share price tumble as much as 60 per cent since its 2015 flotation, has pledged to return cash to shareholders as some of its holdings mature over the next two years.

Speaking to The Irish Times before the company hosts an analysts and investor day in London on Thursday afternoon, chief financial officer Darragh Lyons said the company’s four main assets can “generate significant returns over the next two years” as they reach “important milestones”.

The company, which has seen a board and management overhaul in recent months and is now headed by executive chairman Ian Curley, said in September that it was mainly focused on its stakes in four companies.

The priority portfolio, which rose in value during the first half by 20 per cent to €290 million, is comprised of: Poseida Therapeutics, which is developing a treatment for bond marrow cancer; Immunicore, whose key pipeline product is an eye cancer drug; Kymab, which is working on a treatment for eczema; and Viamet, which focuses on antifungal products.

US investment bank Jefferies said in a report published on Thursday that the most immediate catalyst could come when Poseida presents at a haematology conference in California early next month, which may lead to a flotation of that business. Immunicore and Kymab are also likely to raise capital in the next six to 12 months, according to Jefferies, which could result in the buyout of some legacy investors in both.

Mr Curley, who took over as Malin chairman in July and became interim executive chairman last month as chief executive Adrian Howd stepped down, said on Thursday that Malin has recently addressed a number of issues.

Annual operating expenses, which reached €17.5 million at their height, are now running at €7 million, while the company has narrowed its focus to immunology, oncology and genetic diseases, from a previously “overdiversified and disparate portfolio” of 18 investments. It has also moved to rein-in executive remuneration packages, which were deemed to be overly generous by investors and triggered a revolt at the company’s annual general meeting in September.

Malin has also identified a second tier of “growth potential assets” within its portfolio, according to Mr Lyons. These include two Dublin-based firms – healthcare apps developer 3D4Medical and injectable drugs company Altan – as well as Xenex, a Texas-based disinfection services company.

While the chief financial officer said these three investments don’t offer the same upside potential as the priority portfolio, they too are likely to reach “notable milestones” within the next year that may boost their valuation.

The company will assess as it receives capital returns what portion will be returned to shareholders and how much will be ringfenced for follow-up investments in key assets, the executives said.

Shares in Malin, which reached an all-time low of €3.92 last Friday, compared to its €10 flotation price, have since rallied by more than 20 per cent in advance of Thursday’s investor presentations.