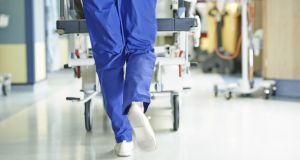 Trasna is aimed at patients on waiting lists across the EU, including 700,000 in Ireland.

A new Irish healthcare company is hoping to help cut hospital waiting lists by providing patients with access to healthcare services across Europe.

Trasna, which is headed up by Bupa Ireland founder Martin O’Rourke, is aimed at patients on waiting lists across the EU, including 700,000 in Ireland.

The firm will employ 10 people, with a customer support centre in Waterford, where Trasna will concentrate its efforts as it establishes itself. The company said the South and South West regions have some of the longest waiting times.

Those seeking medical care outside the State will need agreement from their GP or medical team that they are fit to travel. Trasna can then provide options for hospitals, assist with arranging required diagnostic and pre-travel tests, and give the patient a detailed itinerary for treatment and care before travelling.

“There are waiting lists throughout the EU, including over 700,000 patients in Ireland,” Mr O’Rourke said. “Trasna offers a light at the end of the tunnel for thousands of patients, many of whom are suffering needlessly, by giving them direct access to medical care across Europe.”

Under EU regulations, citizens from member states can obtain healthcare in any other EU state, the cost of which is reimbursed by their own state, up to the cost of the treatment at home. It covers the procedure and hospital stay, with patients footing the bill for travel and accommodation. Trasna helps people get that care, partnering with private healthcare firm HCA to give Irish patients access to UK hospitals, and the Capio Group, for hospitals in France and other EU countries. Trasna has access to 33 accredited hospital and clinics.

“Our team, which includes four senior ex-Bupa directors will expand within the EU, but for now our focus is very much on Ireland,” said Mr O’Rourke.

The company officially launched on Wednesday, but has been working with patients for the past couple of months.

“Ireland’s healthcare system is among the leading systems in the world. However, in common with other countries it has long waiting times for some services,” said Mr O’Rourke. “The ‘cross-border directive’ has introduced a new era of welfare and customer choice to all EU citizens. Citizens are likely to use facilities near home where such can be accessed in a timely fashion.”