Bupa will not return to Irish market in Brexit move 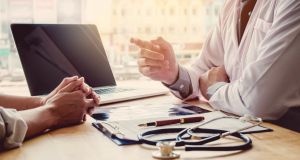 UK-based healthcare group Bupa does not plan to re-enter the Irish health insurance market under a plan to set up a new Irish-regulated company to deal with the fallout from Brexit, according to sources.

The company has applied to the Central Bank of Ireland to set up a new insurance entity in the Republic so that it can continue it relationships with customers who are based in the European Economic Area (EEA) after the UK leaves the European Union, a spokeswoman said on Wednesday.

“These customers have international private medical insurance (IPMI). To continue to serve these customers effectively after Brexit, we have applied to the Irish regulator for authorisation of a new insurance entity,” she said, adding Bupa’s UK insurance, aged care, clinics and dental business will all remain in the UK, as will its global headquarters.

The spokeswoman declined to comment on the planned scale or staffing levels of the operation that Bupa proposes to base in Ireland.

Bupa entered the Irish private medical insurance market in 1997, ending VHI’s monopoly, before announcing in 2006 that it was quitting the sector in the Republic, blaming a scheme known as risk equalisation, which compelled the company to pay compensation to VHI, which had a greater proportion of older, more expensive customers.

The Quinn Group bought Bupa Ireland the following year and the business was subject to a management buyout in 2012 and renamed Laya. It was acquired by insurance giant AIG in 2015.

Bupa operates 24 dental practices in the Republic which are not linked to the current application to authorise a new IPMI entity in the State.

A number of insurers, from XL Insurance, Beazley, and Hiscox have outlined plans to establish EU hubs in Ireland to retain access to the single market as a result of Brexit.